Twitter and Instagram have been straying further apart from each other ever since the latter was acquired by Facebook, and now it looks like competition is getting into play more than ever. Twitter has confirmed on its support pages that Instagram has disabled integration with Twitter cards, the relatively new design feature that displays media content directly in the timeline. With Instagram pulling support, photos will still appear, but some are now showing in a non-optimized, cropped view. We've reached out to Instagram for comment, but the evidence suggests that Facebook is beginning to silo off its services, pushing users of the photo sharing service to Facebook. Twitter hasn't laid down in the fight, either: reports say the company has been working on its own Instagram-style photo filters for eventual inclusion in its mobile apps.

Update: In addition to remarks Instagram CEO Kevin Systrom made on stage at LeWeb explaining the choice to discontinue support for Twitter cards, the CEO has sent us the following statement.

We are currently working on building the best experience for Instagram users. A handful of months ago, we supported Twitter cards because we had a minimal web presence. We've since launched several improvements to our website that allow users to directly engage with Instagram content through likes, comments, hashtags and now we believe the best experience is for us to link back to where the content lives. We will continue to evaluate how to improve the experience with Twitter and Instagram photos. As has been the case, Instagram users will continue to be able to share to Twitter as they originally did before the Twitter Cards implementation. 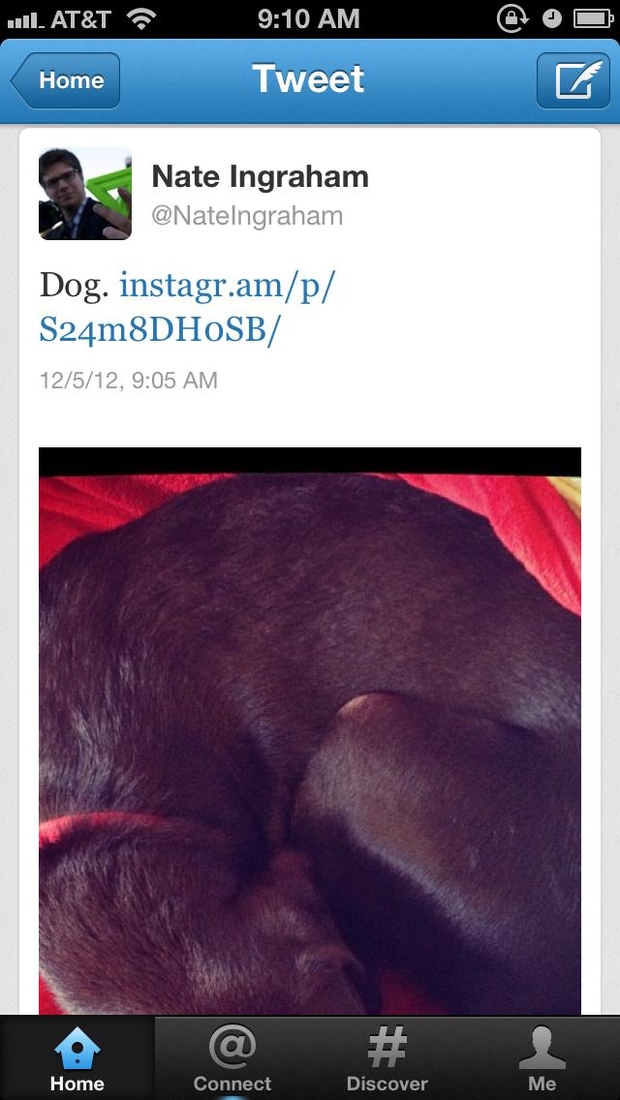