Google promised that it would continue improving predictive search assistant Google Now to make it more powerful, and today it looks like the company has looked to Apple for some inspiration. With an update to the Google Search app today, the app will monitor your email inbox for boarding passes and automatically bring up QR codes for check-in when you get to the terminal — a feature that's identical to that offered by Passbook in iOS. Both are limited to United Airlines for now. In addition to the new flight assistance, Google says that recommendations have been added for what to do nearby, like museums, movies, and more. Lastly, going back to the oft-forgotten voice search built into the app, it's now able to hook into more apps, like music recognition, product searches, and Google+. The update is available now for devices running Android 4.1 Jelly Bean or greater.

Update: There are a few other tweaks to be found around the app, as readers have pointed out. There's a new camera search function that essentially brings the reverse image lookup from Google Goggles directly into the app, and cards that notify you of news updates and "research topics" have been added as well. 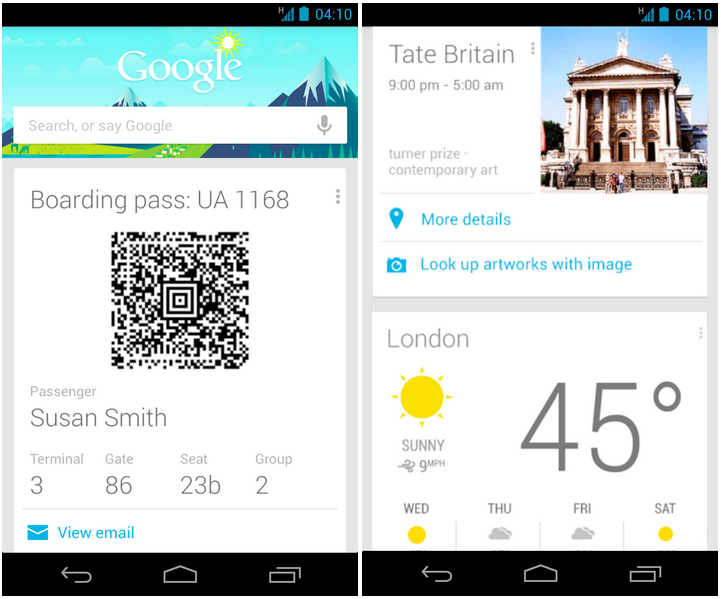