Back in September, The Verge was the first to report that Google had acquired Nik Software, the German startup behind Snapseed, a photo editing app that won Apple's App of the Year in 2011. Today we're seeing the first benefits of this takeover with Google announing that it is releasing Snapseed for Android and cutting the price of the iOS version from $4.99 to free. The Android version has significant integration with Google+, allowing users to tag other Google+ members and share to Circles and Communities, Google+'s new groups product.

This is not a head-to-head battle with Instagram. Google's strategy here is to go after the photo geeks, the prosumers, the folks who resent how 90 percent of images now have the same retro filter. "It’s not like Instagram with one click filters," says Josh Haftel, a 12-year-veteran of Nik Software now working out of Google's Mountain View HQ as a product manager on Snapseed. "You’re not in and out in 5 seconds. You do more customization, from color saturation to light leaks."

Having Google's resources at its disposal allowed Snapseed to do way more than it originally thought was possible on Android. "We had assumed we would be limited to tablets with the Nvidia chipset for Android," said Haftel. "But we were able to pull this off for all chipsets and for tablets and smartphones, which is pretty amazing considering this is a high end photo editing tool which does not compromise."

At the same time, Haftel is hopeful that the app will attract more casual users with its new price tag. "When it was $4.99 it was not an impulse purchase, you needed to be a real photo enthusiast. We are hoping to bring in a lot of folks who balked at spending that much without a demo."

There is a bigger strategy at play here. Google today rolled out a new product for its social network called Communities, an attempt to position Google+ in relation to Facebook and Twitter. You're not hanging with your friends and family, and you're not listening to a stream of what's happening right now. Instead, Google+ is aiming to be the best online hub to socialize around your interest graph, the folks you might know or want to meet who are also into Brazilian Jiu Jitsu, kraut rock and urban farming (don't mock my hobbies.)

A major impetus for creating this new product, as Google VP Brad Horowitz explained, was the community that had formed on Google+ around photography. The company threw a lavish conference for these shutterbugs, and is now giving them a powerful photo editing app with Google+ baked in, free of charge, of course. While Googlers wouldn't discuss the product roadmap on the record, sources say that more of the high-end photo editing tools created by NiKSoftware may find there way into Google+ in the future. 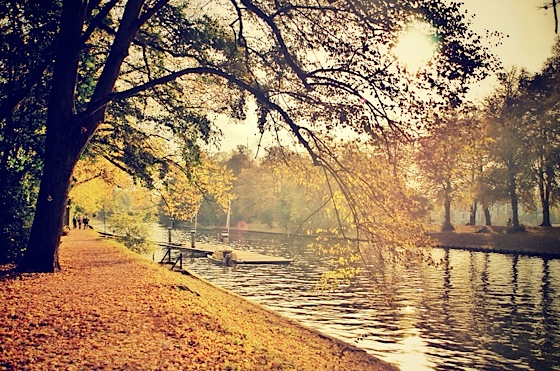