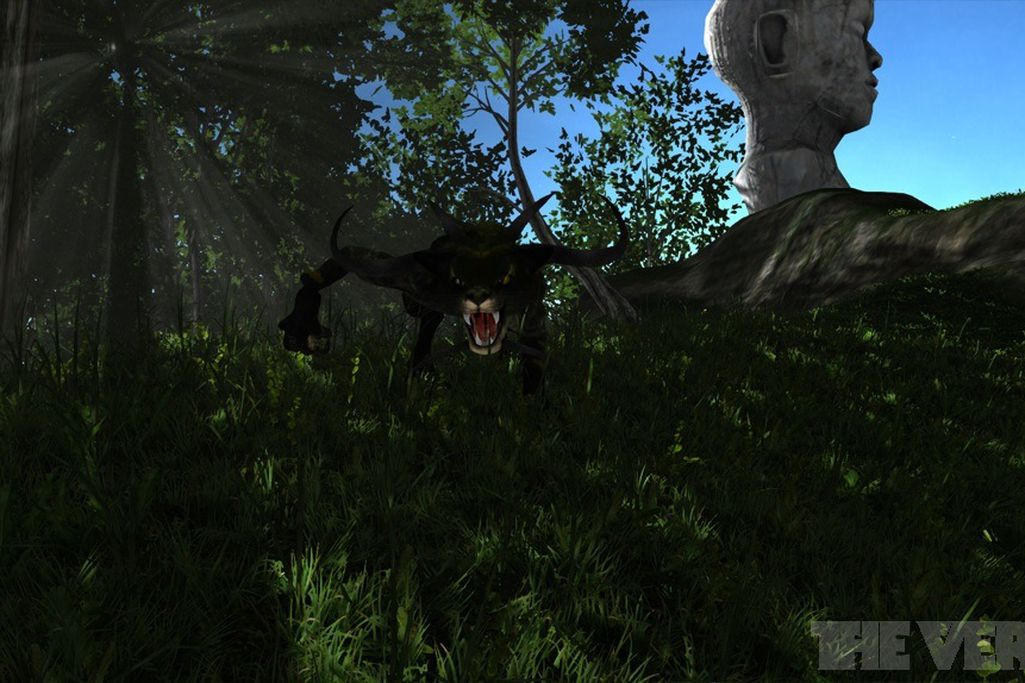 "I think I was in second grade when I started programming on a Commodore 64," says Bob Johnson, half of the team behind the recently released survival game Miasmata. Bob and his brother Joe have been building games together since the mid-1980s, and they’ve worked in game development for around ten years. But Miasmata, which launched last week after being selected for Steam’s Project Greenlight, represents their first foray into high-end PC gaming. A first-person exploration game set on a beautifully rendered tropical island, it’s a big leap for a pair that got their start building PDA racing games and ports like Call of Duty 2 for Microsoft’s long-forgotten PocketPC platform.

Miasmata has been in development for the last four years, but its roots go back further. "We were inspired a lot by our adventures camping as we were growing up," Johnson says. "Our goal was to recreate some of the emotion and the feeling that we had when we were out in the woods as kids all alone... trying to reinforce that emotion of solitude." In some ways, the game is part of a thriving subgenre of exploration-focused mods and indie games, including Amnesia: The Dark Descent and — Johnson argues — Minecraft. But he also hopes its visuals can compete with AAA titles.

Though the widespread availability of both modding tools and easy-to-use systems like Unity have lowered the barrier to gamemaking, the Johnson brothers built their own engine from the ground up. "It’s just what we’ve always done," says Bob Johnson. "It’s really been recently where the tools have been made available for anyone to create a game... I mean, there’ve always been engines, but I think the average person can now pick up and make a game a lot easier than they used to be able to. So in that regard we’re kind of a throwback." It’s been a point of interest and, sometimes, contention — especially because optimizing such a graphics-intensive game has proved difficult. At its highest settings, Miasmata is stunning, but seeing it at its best takes a powerful machine and the good luck to dodge performance bugs that have persisted through the first week of release. Just think of it as the Crysis of indie gaming. 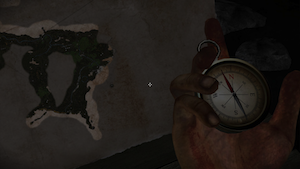 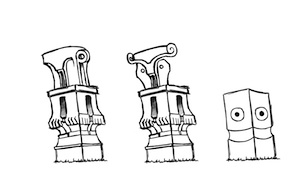 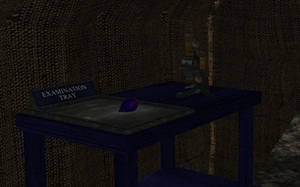 Graphics aside, the core elements are extremely simple. A handful of standard actions let players pick up notes, research plants, or craft medicine, but any given item is just a MacGuffin designed to push them into exploring the massive, desolate island, its forests and beaches dotted with abandoned cabins and unexplained statuary. The game might give players a nudge in one direction or another, but there's nothing stopping them from simply wandering or — more likely — getting hopelessly lost.

Indeed, Miasmata might as well be a game about getting lost, especially if players are used to the friendly maps and clearly marked paths of most other games. Map data appears only when players find notes and sketches, revealing campsites or patches of specimens. This means that for much of the game, the map is a mostly blank sheet of paper, and even after it's been filled out, there's usually no marker for the current location. Instead, players draw lines of sight from landmarks that are marked on the map, triangulating their position. As in the real world, you'll find yourself carefully checking a compass, looking for familiar terrain, and backtracking frequently as you lose sight of yet another overgrown dirt trail.

It's sometimes hard to tell whether the system is clever or just cruel, but the importance of finding your place is certainly intentional. As with camping, how you get somewhere is more important than where you're going, and the Johnson brothers put a great deal of effort into how you respond to the environment. Dropping off a ledge or sliding on mud, for instance, doesn't just damage your health — it trips your character up, leaving him helplessly trying to catch his balance. Along with the map, it’s part of what Johnson calls not just terrain building but a "topography system."

Survival-focused exploration games tend towards horror, playing up feelings of panic and powerlessness, but Miasmata is billed as an adventure game — something that’s led to some confusion. "I think people have misunderstood that as meaning it’s like an old Sierra adventure game," Johnson says, referring to puzzle-heavy series like King’s Quest or Gabriel Knight that bear little resemblance to Miasmata. "There are no other characters, so there’s no interaction; there are no puzzle elements." 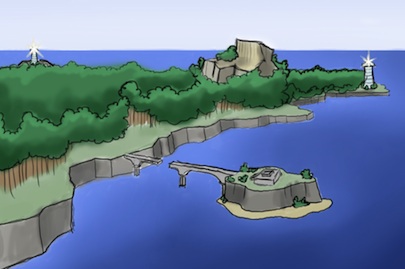 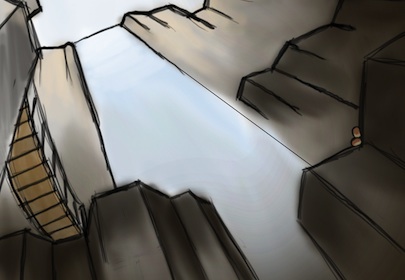 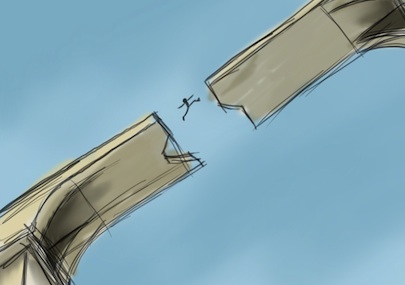 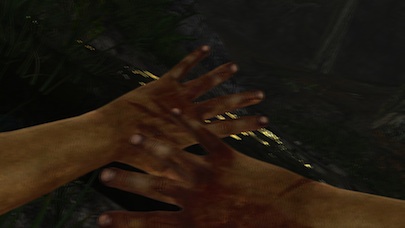 Miasmata also downplays the importance of backstory. Unlike "90 percent of [narrative] games," as Johnson says, the player character isn’t an amnesiac trying to recover his past, and the plot is largely incidental, ignoring the most pressing questions. What’s the story behind the island and its ever-present Easter Island-style statues? Why are you being chased by a green, antlered panther? It’s hard to tell. The game's basic premise, true to its genre descriptor, could have come from a men’s adventure magazine: an early 20th Century utopian society, founded on an island with a mysterious past, tries to cure a deadly plague amidst political unrest. "I drew from a lot of sources, pretty heavily from Hemingway," says Bob Johnson, "For Whom the Bell Tolls — I used that as a basis for a lot of the thematic backstory."

As in many games, the real driving force is completionism. "Most people are interested in fleshing out the island," Johnson says. As pieces are added to the map, simply finding every new landmark trumps uncovering a story. "I know that sounds to some people like a walking simulator," he admits. "But we build tension with the creature, and so forth, to alleviate a lot of that." Just as the environment was inspired by camping, the enigmatic monster that stalks you across the island originated close to home. "I based him off my housecat," says Johnson. "There’s a lot of deep games you can play with your cat." Besides the environment, it’s your only enemy in the game, something Johnson says gives the resulting standoffs "an appeal that I can’t quite describe."

Whether or not that appeal translates into popularity will be another matter. Miasmata’s status as a Project Greenlight title has made it more visible, but Johnson says sales so far have been "modest," and it’s too early to tell whether it will build the kind of lasting fanbase that’s sustained other indie developers. Nonetheless, he considers the release a success. "We crossed a point where we think we can continue making games," he says. "We invested a lot into building our engine, and we won't fully recoup that with Miasmata. That will hopefully pay off in the long run as we release more games based on it." 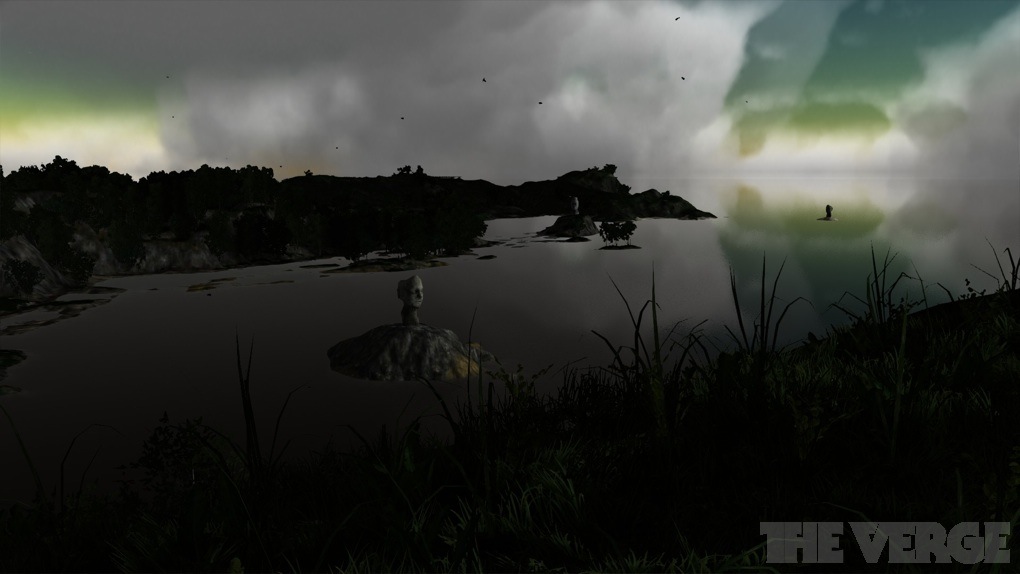