Thanks to new documents obtained by the Electronic Frontier Foundation, we're starting to see a clearer picture of the rapid deployment of unmanned aerial drones by military, state and local law enforcement inside the domestic United States. Using data obtained through their Freedom of Information Act lawsuit against the FAA, the EFF have constructed an interactive map showing the locations where police, military, and others are currently authorized to fly drones in national airspace, as well as some details on the drones themselves and how they're being used.

Civil rights groups have been trying to obtain as much of this information as possible after a Congressional mandate and a Department of Homeland Security initiative earlier this year made clear the US government's intent to "facilitate and accelerate the adoption" of drones by public and private entities on US soil, including police. Use of drones has already been documented in several places, including local police in areas of Texas and Florida. But the new data reveals that both police and military drone flights have become a regular occurrence in many areas of the country, and many more public and private entities are still hoping to get in on the game. 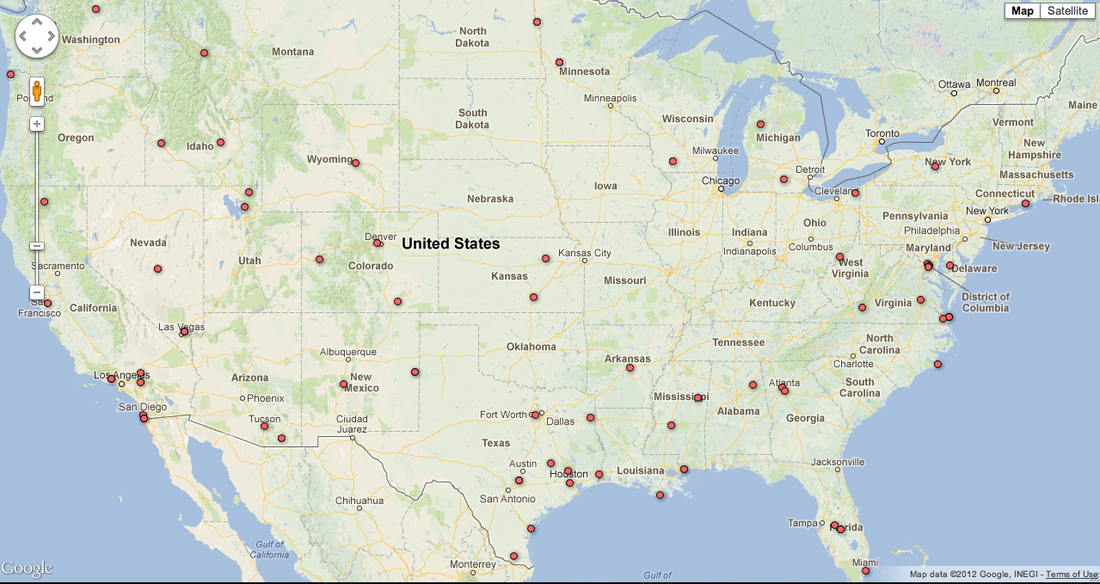 The drones are being used for a variety of purposes, and come with a varying payload of surveillance and data collection equipment. In one of the creepier examples, Reaper drones being flown by the US Air Force near Lincoln County, Nevada are being outfitted with "Gorgon Stare" technology, which uses a nine-camera array capable of surveilling an entire city at once.

For law enforcement, the focus with drones remains on drug investigations. The Queen Anne County, Maryland Sheriff's Department, for one, will be using drones equipped with special imaging technology to surveil large patches of farmland for marijuana growth. Meanwhile, police in Arlington, Texas are hoping to spot drug transactions with their Leptron Avenger drone, which EFF notes is able to be loaded with the LIDAR (Light Detection And Ranging) technology used by police to detect traffic violations.

The documents do show some far less ominous uses, however. The California Department of Forestry has plans to use drones to fight forest fires, and the University of Colorado applied for 200 drone licenses in 2008 with the intention of using them to aid "in the study of ad hoc wireless networks with [the drone] acting as communication relays."

Even with all of this new information, the full picture on domestic drone use is still very much incomplete. Since their original FOIA request a year and a half ago, the EFF has only received about half of the FAA's drone records. In the meantime, they've set up a site for crowdsourced reports on local drone use that hopes to fill in some of the gaps.