Pebble smartwatch won't ship in time for the holidays, no new timetable given

Share All sharing options for: Pebble smartwatch won't ship in time for the holidays, no new timetable given

The Pebble smartwatch, one of the most-watched Kickstarter campaigns ever, has unfortunately hit another roadblock. The team behind Pebble just sent an email update out to its backers letting them know the device would not ship before the holidays. Originally slated to ship back in September, the company announced in late July that it would miss that timeframe, but hoped to ship closely to the original estimates. Obviously, with 2012 nearly over and no solid shipping date in sight, Pebble won't be able to meet that goal. Such are the perils of backing a Kickstarter project — the only official word on when this highly-anticipated product will start shipping is "soon." 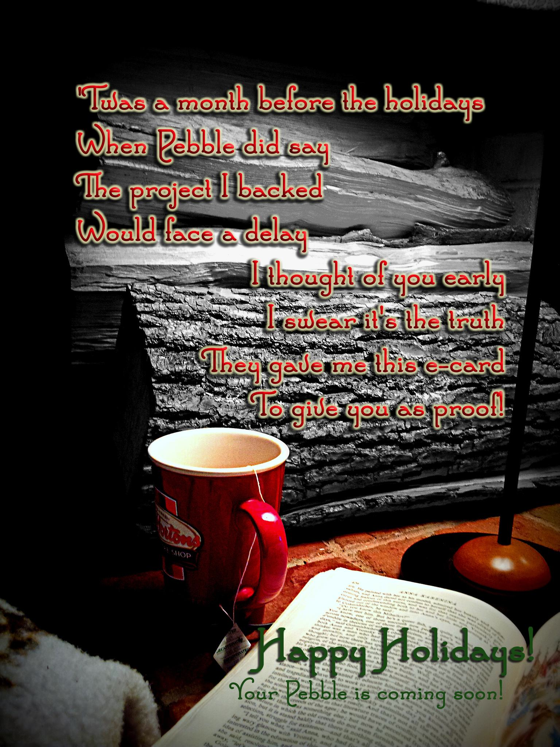