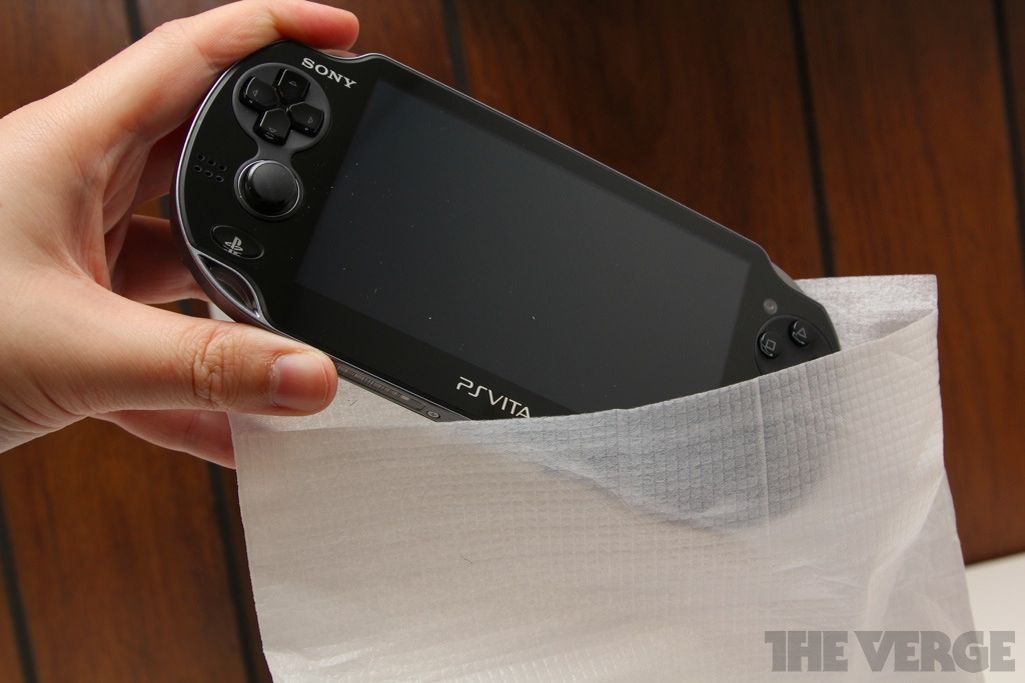 Sony's PlayStation Vita launched in Japan on December 17th. It arrives in the United States this week.

Sean Hollister and I have spent one week playing with the AT&T 3G model of the gaming handheld, and a number of the launch titles. Although we both agree that the Vita as a piece of hardware is a triumph (see our Vita review for full details), where we diverged from one another was at one simple question: where does the PlayStation Vita fit in today's gaming landscape? What follows is a series of email exchanges between Sean and myself about that very question. The copy has been cleaned up for the sake of professionalism.

It feels like ages ago that we first heard about the PlayStation Vita, Sony’s successor to / replacement for the PSP. Back then it was codenamed the NGP (Next Generation Portable), and both Paul Miller and I (no relation) took last-minute flights to Japan to cover the announcement ourselves. It was actually just over a year ago, but in fairness, that’s a lifetime in the tech world. I still remember the presentation, though, and I won't lie: I was impressed. Finally, two analog sticks! 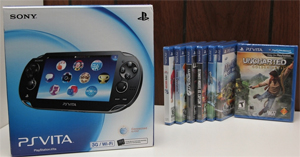 Even then, though, there was a feeling that dedicated portable gaming consoles were reaching a plateau, while at the same time iOS, Android, and Windows Phone were all becoming competent gaming platforms. (Don’t think it’s a threat? Just ask pocket camera makers.) I'm looking at the Vita now and I truly believe we're near the pinnacle of portable gaming — I don't mean that as hyperbole, though. What I mean is, this feels like the tipping point. The last great gadget to compete with pocket space. The Vita is great hardware — Sam said as much, and I don't at all disagree with his review. It's a symbol of how far we've come in so little time.

If phones are "lean forward" and tablets are "lean back," the Vita to me falls somewhere in between — I can bring it with me wherever I go, but I'm more likely to play around on my couch at home. The impressive viewing angles complement my slouching. Not only is it notably bigger than the PSP — about 23 percent larger in volume — but the whole landscape has changed. When the PSP launched in 2004, its competition was really only Nintendo; I couldn’t have even imagined playing a game like Dead Space or Mass Effect on my phone.

I contend the PlayStation Vita is the best gaming portable, but I can’t shake the feeling that this is the beginning of the end for dedicated handheld gaming platforms. 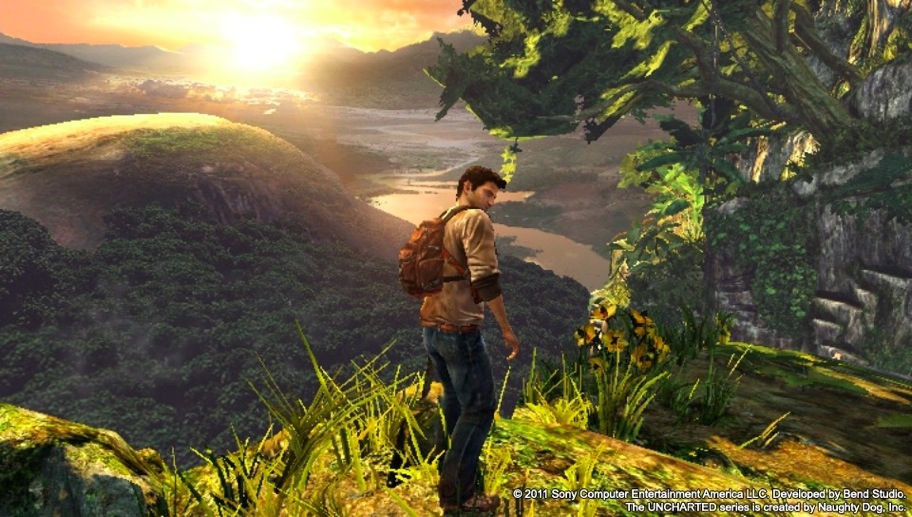 You're right about a sea change in portable gaming, but the PlayStation Vita isn't a victim of the tide. Like the north star that guided sailors in days of yore, the Vita is the one stable point in the ever-churning waves of technology, as cheesy as that might sound. It's true that smartphones take up much of our portable leisure time these days, and rightfully so: it's convenient not to have to carry a second device (or pay for a second data plan) to play games. But convergence can only carry us so far: ergonomics, fragmentation, and limited battery life make smartphones a terrible platform for any kind of regular or serious gaming. They’re also not terribly good for cutting things, no matter what Motorola’s commercials might tell you.

Real games need buttons, as Sony’s VP of Auditory Opinions Kevin Butler is fond of saying. When was the last time you saw a smartphone with decent controls? (Seriously: have you ever seen a US citizen whip out an Xperia Play? I didn't think so.) By contrast, the PlayStation Vita has a pair of pretty decent thumbsticks, a D-pad that actually rolls — is that a hadouken I hear? — four face buttons, two shoulder buttons, twin capacitive digitizers, dual VGA cameras, and nine axes worth of inertial measurement sensors for motion control. Far more important, though, is that this cornucopia of input mechanisms (not to mention the silicon inside) will almost assuredly be in every Vita ever sold. Developers don't have to make sure their games work with hundreds of different mobile hardware configurations, different operating systems, or layers upon layers of software bloat, like they do with, say, Android smartphones. 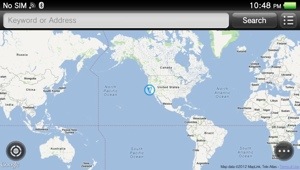 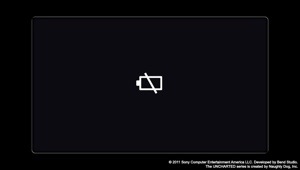 Even compared to rival game systems, the Vita's a step ahead: where most every modern game system has required add-ons (Wii MotionPlus, Xbox 360 Kinect, PlayStation Move, 3DS Circle Pad Pro) to reach its current level of functionality, the PlayStation Vita builds in almost all the video game control schemes currently known to man. That means developers can just focus their efforts on eking every last iota of performance out of the Vita without worrying that only a fraction of users will be able to enjoy the results.

You're absolutely right that we're at a crossroads, though. Even while games like Uncharted show me that the Vita can deliver a full hardcore gaming experience on the go, it drains the battery life like there's no tomorrow (and for that matter, no afternoon). Current lithium-ion battery technology can't keep pace with the Vita's silicon just as it can't maintain all-day battery life in dual-core LTE smartphones these days, and that'll severely limit the potential for more advanced handhelds down the road... but given that this is a problem for all portable devices, and the relative pace of mobile technology (months between phones) to video game systems (several years between handhelds), I'm confident we'll solve it sometime before it’s a worry for those who build consoles for a living. 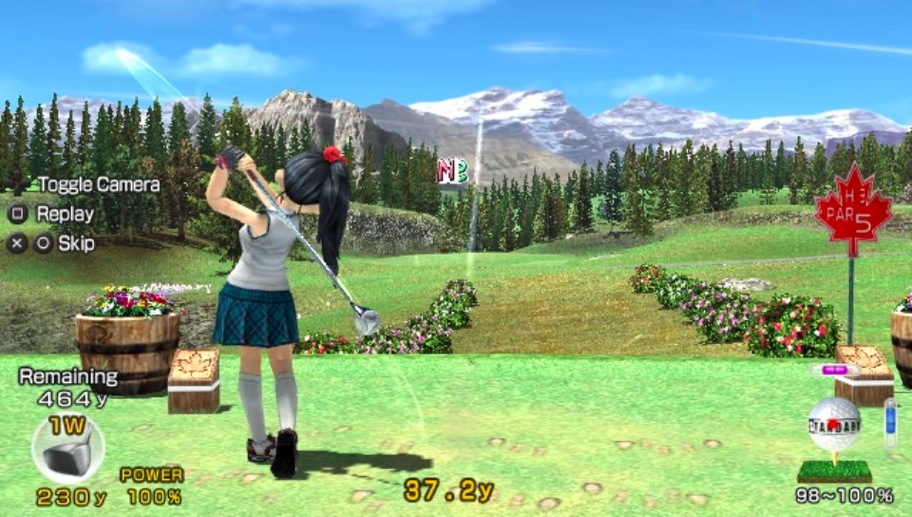 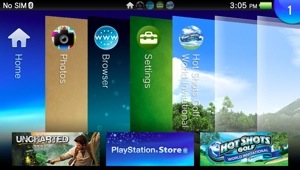 So let's talk about that. Yes, there are a number of games — especially classic games — that are better served by buttons. But to call those "real games" feels narrow-minded. Even the Vita knows that, and subsequently it has responsive front and rear touchpads. Does a lack of buttons make a game "unreal"? Like, say, the Unreal Engine-powered Infinity Blade. (I couldn’t resist. Really, I tried.) It's a game that was designed for both casual and "real gamers" (your definition, not mine) looking for something that works for both small commutes and long play sessions. The swiping mechanism feels natural in a way that I don’t think a joystick, a D-pad, or a series of buttons would. (Physical swinging, in this case, would obviously be a Very Bad Thing — there’s no wrist strap!)

But I digress. That isn’t the point, really, because the Vita can do that type of game — as you put it, the Vita has virtually every input mechanism imaginable outside of Kinect-like gesture technology. It’s a self-contained gaming powerhouse that rivals this generation’s consoles. It’s practically every idea for gaming old and new in one (admittedly pretty) package. Even the games themselves exist between two worlds: in one, physical media that’s nearly identical in size to an SD card in a case that’s both much larger than necessary and much smaller than DVD / Blu-ray cases. In another, more interesting world, it’s digital content made available day-and-date with its physical analogs with competitive pricing.

The PlayStation Vita has positioned itself in such a way as to compete with pretty much all levels of gaming: from iPhones, iPads, and Android devices to the Nintendo 3DS (which itself felt the pressure from mobile and dropped its prices considerably) and even to the current generation of home consoles like PlayStation 3 and Xbox 360. It’s every gaming idea rolled into one and it doesn’t quite know where it fits, or even who its audience is. 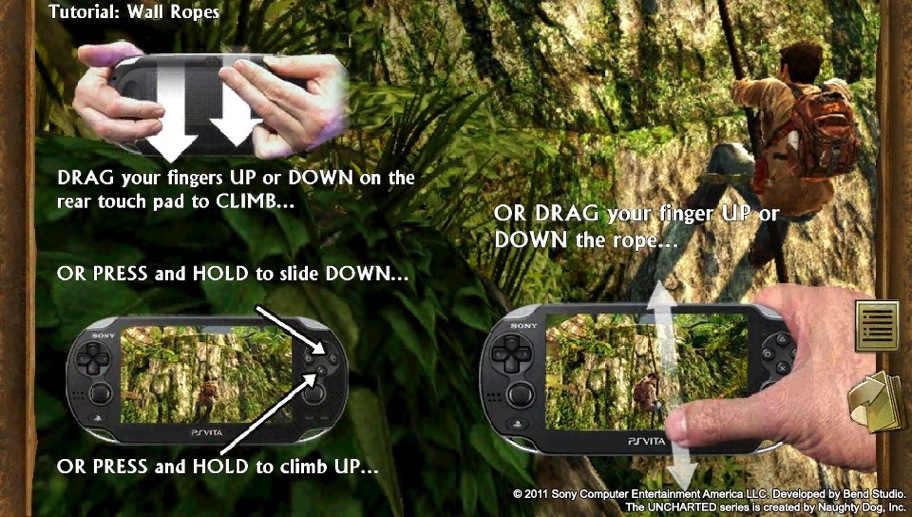 Sony might not know where the PlayStation Vita fits, but it’s pretty clear to me. The size, price, software, and most importantly, the limited battery life mean the Vita isn’t really the best device for anything except traditional gaming. Like you say, the handheld’s trying to be everything to everybody, but there are precious few things it does that I wouldn’t rather do on a smartphone instead. The web browser’s an order of magnitude behind Android and iOS in terms of performance, the social experience feels half-baked, and if I want to play Infinity Blade (or any other admittedly addictive touchscreen title) I’d be able to play it for longer and far more conveniently just by carrying a phone to begin with.

Remember back when the casual gaming revolution began? So-called "hardcore" gamers applauded the influx of new gamers while simultaneously bemoaning what they felt would be a lack of investment in the traditional games they liked the best. Well, casual gaming has moved on: Vita developers just haven’t realized it yet. Just like when the Nintendo DS and Wii were first released, we’re seeing game developers try to shoehorn simplistic games and game features onto the system in ugly attempts to utilize all the functions the Vita has to offer — and perhaps the Vita will benefit from having that much larger a library of games — but you can mark my words, casual games on Vita will largely be ports from the smartphone and tablet space. 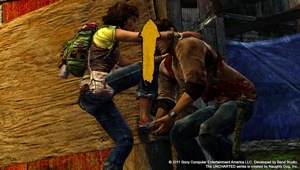 Where Vita has the chance to shine is with the kinds of immersive experiences typically restricted to home consoles, and I truly believe it will, because Vita devs have all these additional controls to work with and a single spec to develop for. Perhaps the most exciting bit, though, is that for perhaps the first time with a game system, immersion doesn’t have to be at the expense of a pick-up-and-play experience. Yeah, Vita games take a while to load, but once they do, you can jump in and out at will, instantly resuming your game exactly where you left it. There’s no need to find a good breaking point or frantically attempt to save your game while diving out the doors of a crowded bus, your game system clutched tightly in both hands as you reach your stop.

I really do think the Vita is a turning point, (and a bridge from physical to virtual media) but it’s not away from handheld systems at all. By embracing smartphone paradigms like instant-on and instant-resume (not to mention premium mobile components like the AMOLED screen and quad-core silicon) and adding dedicated gaming controls, the Vita’s pointing the way to a golden age of portable gaming to come. The Vita won’t be the last handheld, because there’s still plenty of work to do on the solid foundations Sony built here: battery life, ubiquitous 4G connectivity and an open game / app store should be next on the agenda.

No, if you ask me, it’s full-sized gaming consoles that should watch their back: now that you can have a substantial fraction of the PlayStation 3 experience on a $250 handheld, we’re only a foolproof wireless HDMI connection (and yes, some better batteries) away from making a dedicated box obsolete.

The conversation continued on throughout the week, but at this point it began to devolve, each argument being recycled in various ways over and over again. (Ever verbally spar someone with quick access to a thesaurus? Not recommended.) The gist of it, though, was an agree to (mostly) disagree, followed by war stories from the second half of Uncharted. For more of that, check out Vox Games' Vita buyers guide!