Japanese repair shop iLab has collected together some of the rumored iPad 3 parts, and found that they fit together perfectly.

Via Apple Insider and Cult of Mac | Source iLab

With a steady drip of possible iPad 3 components leaking out, iLab has gotten hold of a back casing, 30-pin dock connector and a Sharp panel said to have an QXGA resolution which are all rumored to be a part of Apple's next tablet. The Japanese repair shop showed off the Sharp display last week, saying it had a 2048 x 1536 resolution which would give the new tablet a pixel density of 264ppi — not quite the 330ppi of the iPhone 4's Retina Display, but still a dramatic step up over the iPad and iPad 2. 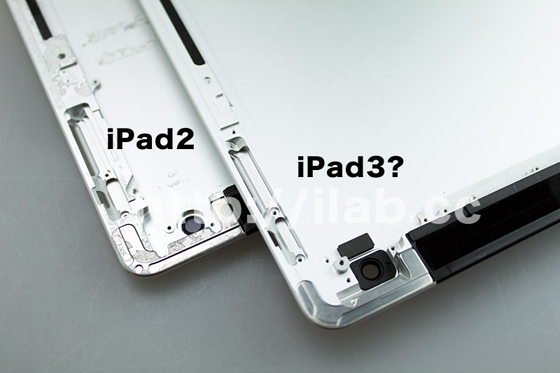 The site has combined the screen with an alleged new back casing and a newly-designed dock connector, and found that each of the components fits together perfectly, lending some credence to each of the components being destined for the tablet. Besides the moved screwposts, the new backcase has a totally different camera hole, as shown in the image above. We're sure that once the new iPad's released, it won't take long before someone tears it down and discovers whether or not these components are production models or simply prototypes.