We could be getting our first real look at RIM's BlackBerry 10 OS thanks to some leaked photos.

RIM has already gone on record saying that BlackBerry 10 phones won't be shipping until later this year, but some leaked photos may be giving us an extended look at the company's much-hyped new OS. Crackberry has several pictures, which were reportedly culled from a presentation by one of RIM's ad agencies on how to better position the company's future campaigns. They show off a number of new UI elements, including an updated icon tray with search, camera, and call buttons, quarter-screen widgets that bear more than a passing resemblance to Android and Windows Phone, iOS-style folder icons, and a calling screen with a prominently-featured video chat button. Unfortunately, we don't get a look at RIM's app-switcher or multi-tasking implementation (though an early leaked image of the London smartphone may have given us our best indication).

It's unclear whether these images represent outside design concepts or are part of RIM's final vision for the OS, but the inclusion of a RIM employee's name in a shot showing off the universal inbox does lend credence to their aesthetic authenticity. Ultimately what we're seeing, however, is a lot of inconsistency between the various leaks; the early London photograph had a different feel than the image that surfaced in January, which itself was different than what we're seeing today. Just as RIM is still in the process of determining its corporate leadership, it appears the company could still be nailing down the final look and feel of its new OS as well. 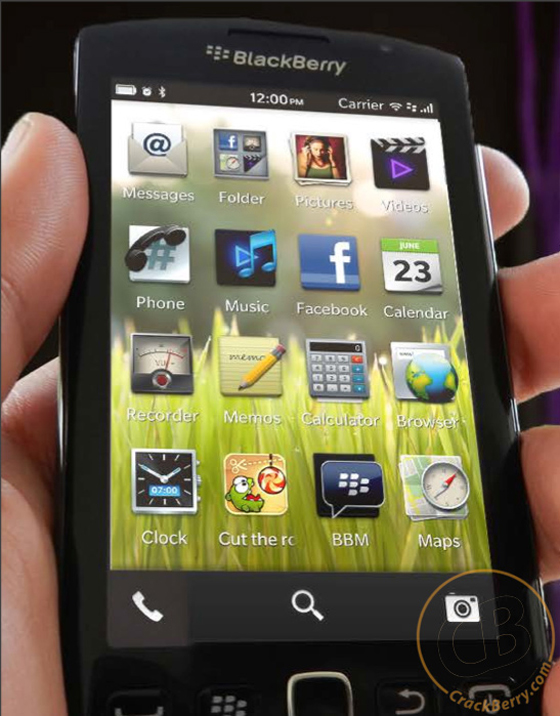