We've been hearing a lot about the rumored LG X3 leading up to its expected introduction at Mobile World Congress, and now MoDaCo has uncovered some specs and screenshots that corroborate what we heard earlier

We've been hearing a lot about the rumored LG X3 leading up to its expected introduction at Mobile World Congress, and now MoDaCo has uncovered a few more specs we hadn't heard before. Apparently, the battery powering this quad-core phone will be rated at 2,000mAh battery on board; the processor will be clocked at 1.5GHz when running on a single core and 1.4GHz when running between two and four cores. The reporte also corroborates specs we heard earlier: the X3 should include a quad-core Tegra 3 processor, 4.7-inch 720p display, Android 4.0, and dual cameras (8MP in the back, 1.3MP up front).

There's also a few new revealing screenshots — particularly, MoDaCo's tipster captured the X3's stellar quadrant benchmark score of 4412. This handily bests Quadrant scores we've seen in recent reviews; the Galaxy Note was one of the strongest performers we saw, with an average score of 3,818 (though it did exceed 4,000 in some individual tests), but smartphones like the LG Spectrum, Motorola Droid 4, and Samsung Captivate Glide typically scored between 2,500 and 3,000. There's also a shot of the phone's settings screen, clearly indicating Android 4.0.3. MWC is only a few weeks away — we'll see if any more information about LG's next flagship device leaks out in the meantime. 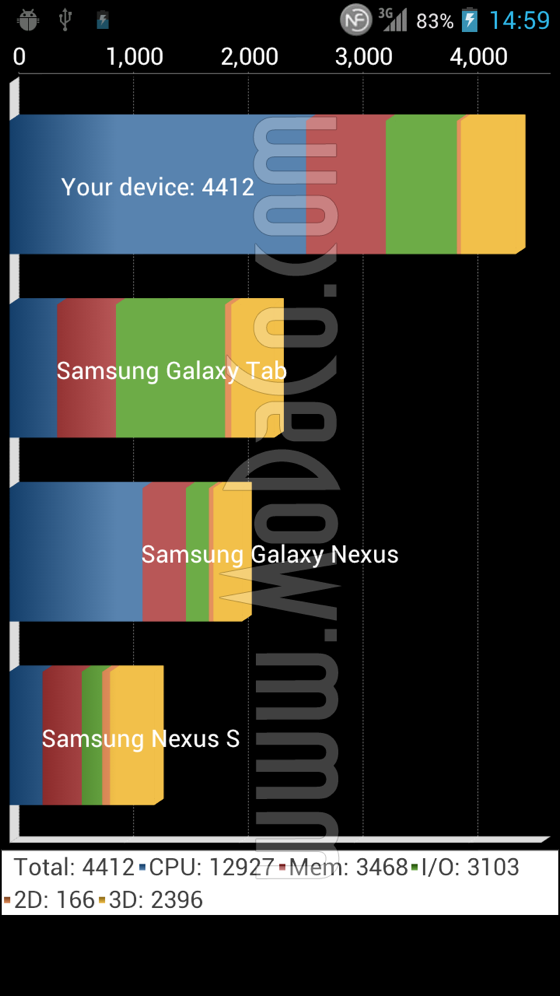 More from this stream LG at Mobile World Congress 2012