Today Apple surprisingly released OS X 10.8 Mountain Lion to developers. It has lots of new features including Notification Center, Air Play Mirroring, Twitter Integration, and hopefully Siri when its officially released. One of the big features announced today is called Messenger. This program replaces iChat with a new messenger that will communicate with iOS's iMessage, AIM, and Google Talk. Messages is the only part of 10.8 beta thats currently public. You can now download it on 10.7 or 8 at http://www.apple.com/macosx/mountain-lion/messages-beta/. I only have one problem. Theres no Facebook chat. I wasn't necessarily expecting it to have Facebook Chat but come on, I only use Google Talk to message the 5 people i know that don't have Facebook, but i found a loophole, here's what you need to do: 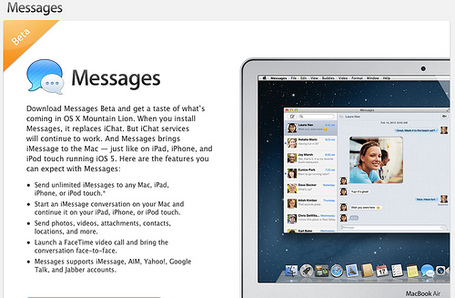 2. Restart your Computer and Open Up Messages

You will only need to restart if you are booting it for the first time.

5. Click the + on the bottom left hand corner of the window. 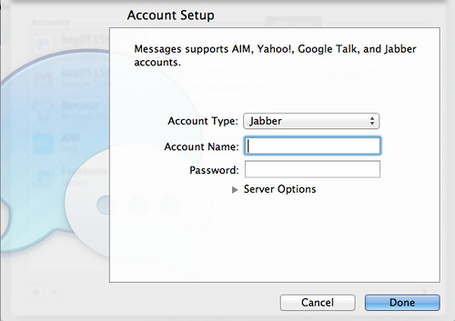 Thats All. It actually quite simple. After that when you're typing a new message just type in a Facebook friends name (or click the plus and then buddies). Also now if someone else messages you on Facebook it will show up in messages!