What appear to be screenshots of a Japanese language setting in Siri, and a new camera control on the lock screen, have been posted by Portuguese language site Blog do iPhone. The shots are allegedly from a "pre-Golden Master" version of iOS 5.1.

While rumors of new features for iOS 5.1 have been scant, Portuguese language site Blog do iPhone has reportedly gained access to a pre-Golden Master seed of the new OS, and posted a screenshot of a new lock screen camera slider. The new icon is said to sit permanently on the lock screen, and is activated with a vertical sliding action instead of a simple press. In comparison, the current button needs to be summoned up with a double press of the home button. 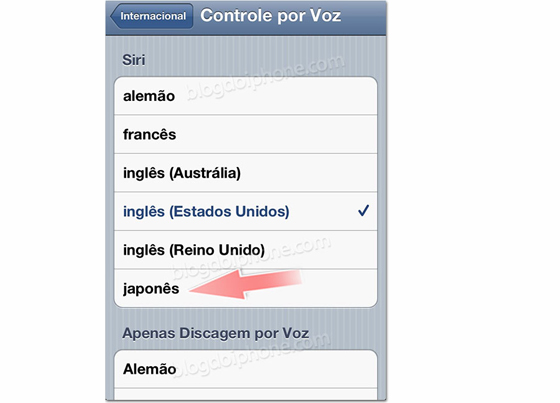 The site also posted some more evidence of Siri learning Japanese with what appears to be a Japanese language setting within a Siri preference pane. Since Nuance does the actual language processing for Siri, and Nuance's Dragon Dictation already supports Japanese, we'd say it's a given that Siri support for the language will be rolling out in the next iOS release, regardless of the authenticity of the actual images. While the software release that Blog do iPhone claims to have in its possession hasn't been seeded to the developer community yet, the Golden Master will likely show up in the next couple of weeks, in time for the rumored launch of the iPad 3 at the beginning of March.