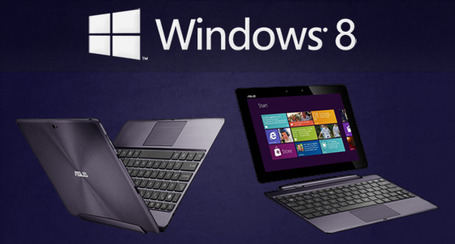 Most, if not all reviews of the Transformer Prime, find the hardware to be fantastic, only to have the overall experience of the hybrid device tainted by a lackluster operating system. This is not a surprise to me at all, considering android apps for tablets aren't designed to work with keyboard and mouse. The inconsistency between apps and their functionality, in my opinion breaks the entire idea of hybrid device, much like a dual screen android device inevitably fails. I strongly believe that Windows 8 will solve all of this.

Microsoft has said many times over that all of the apps designed for Windows 8 (metro ui) are designed to work great with touch, and keyboard and mouse. Now, I personally find the idea of having all of my content; documents, music, videos on my laptop and tablet to be an extremely powerful idea. This is why the Transformer originally really piqued my interest. When I want to play angry birds and veg out in bed, I can. When I have to get stuff done, I dock it and I get a full office experience with mouse and keyboard. None of this Polaris office garbage.

This paired with the ability to properly manage all of my files within Windows Explorer; if pulled off properly by Microsoft, they've solved the problem of a tablet's capabilities being limited to consumption.

As I said above, this is in my opinion a winning device, if Microsoft can pull it off. If you ask me, I think they definitely can. As an early adopter of Windows Phone, I've seen first hand the attention to detail Microsoft is able to push in a mobile operating system UI. Their authentically digital moto really shines through in Mango, with a clean, no cruft, extremely smooth and speedy experience.

Microsoft has really done something incredible with Zune. Be it on the PC, xbox, or Windows Phone. Zune provides a beautiful UI unmatched by any of its competitors, paired with a fully integrated Zune Pass for all your devices. Allowing unlimited access to nearly all music in existence, streaming or downloaded, with the experience they provide, is the way music should be done. iTunes falls way short here in my opinion. Forcing you to purchase every album you have interest in heavily impedes music discovery and is reminiscent of flawed business models found in many other industries today. Not to mention iTunes feels extremely bloated, seemingly running much of the same underlying code since it's original release in 2001.

If Microsoft can provide a Zune experience in Windows 8, even remotely as good as they have on their existing devices. They've really got something here. 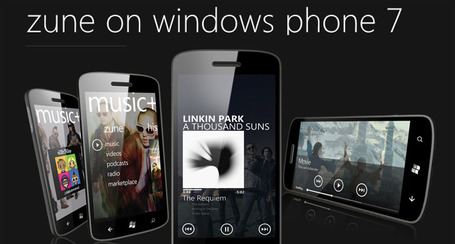 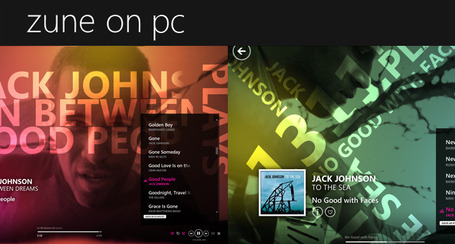 It's basic fact. People use multiple devices. Be it a friend's PC, work computer, phone, whatever, people aren't always on the same device. Skydrive in basic terms, is exactly what the name implies. A hard drive in the cloud. You can store your videos, pictures, music, documents all in one place, and have them be accessible from anywhere. Though Windows 7 does have some skydrive features, it leaves a lot to be desired as far integration goes. Windows Phone however has some really cool skydrive features, such as automatic uploads to skydrive when taking pictures and video. From what we've seen in the developer preview, Windows is taking big steps to bring skydrive to the forefront of their operating system and finally get some mindshare to the product, as it really is a fantastic, not to mention free service.

There's a lot to be seen as far as Windows 8 goes, but for the reasons described above, there's a lot of promise for Windows 8 to be an extremely successful operating system. To this day, I haven't seen a proper touch UI on a tablet, period. A grid of tiny icons on a very large screen is not how a tablet UI should be done. Don't get me wrong, it's great on a phone, but a tablet is not a phone, despite it being touch. Apple is not really to blame. They've brought a revolutionary product to the market, and decided on the safe choice of following the UI cues from it's extremely successful, smaller counterpart. This though, in addition to the iPad selling extremely well, has lead to lack of innovation on Apple's part.

There needs to be innovation on tablets, because it's inevitably the future of computing. We need to see more swipes, gestures and innovative ways to navigate the OS and apps. Grids of small icons, tapping tiny navigation buttons on a huge display, is just not the answer. Apple's not doing it because they don't need to. Google's not doing it because in a lot of ways they tend to follow what Apple's doing. This is where Microsoft has to come in and innovate, and from what we've seen in the developer preview, they have in a lot of ways. From charms, to swiping to show controls, to flicking through your active apps, this is the sort of innovation the tablet needs. I don't care who does, but it needs to be done.