The developer preview of Apple's Mountain Lion has only been publicly available for 4 days now and already we're seeing a useful third-party app come to the fledgling OS. Developer Collect3 has released Hiss, a free app that sends Growl notifications directly to Apple's new Notification Center. Growl has long been the standard for OS X notifications, and there's a vast catalog of software that supports the app's notification system. We've given the app a quick test drive and it works just as it should, pulling in notifications from Growl-enabled apps like Sparrow and Adium and placing them alongside Apple's Messages and Calendar notifications. 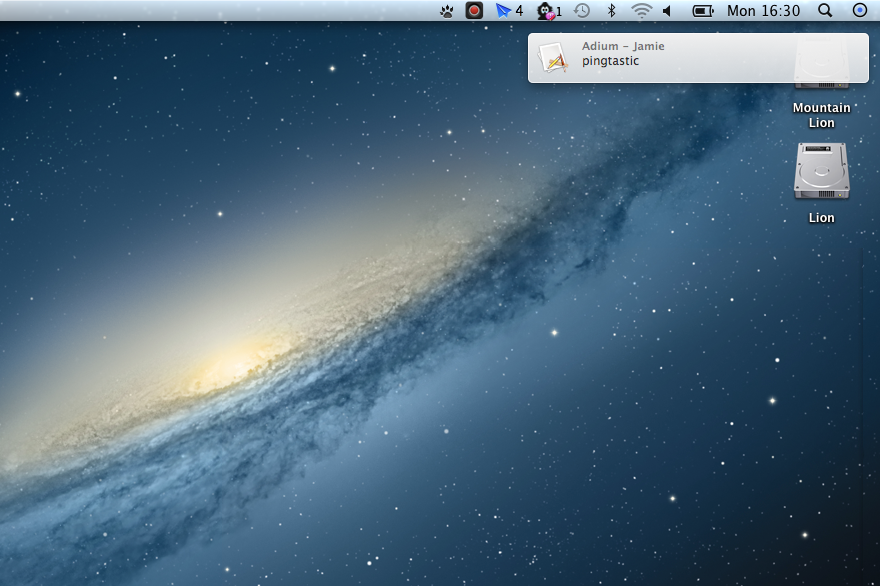 The only downsides of the app we've found so far are the lack of forwarding options — it would be useful to keep some apps outside of Notification Center — and that all the notifications are reported as coming from a single app, whereas Apple's apps are all organized into separate sections. Both features are said to be on the way, and should come in an update due in the coming weeks. 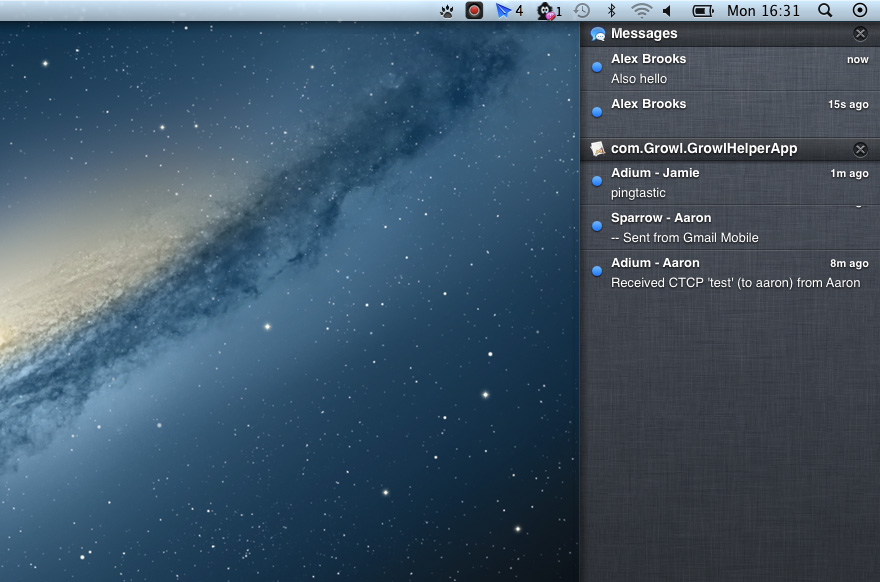 We've spoken briefly to Connect3 this morning who told us that Hiss was "just a result of us being impatient to start seeing Notification Center become useful." The company expects that Growl will have its own response once OS X 10.8 is closer to public release, and is happy for Hiss to "bridge the gap there for people in the meantime." If you've already switched to Mountain Lion and want to give the app a try you can find the download in the source link below.