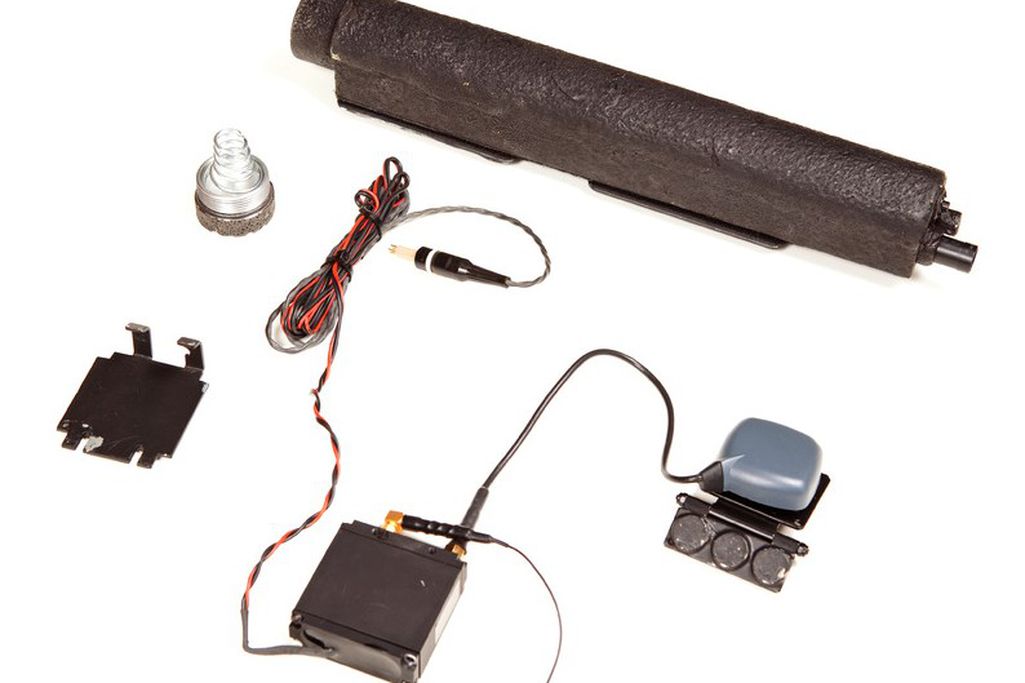 It’s been almost a month since the United States Supreme Court offered a decision in the case of United States v. Antoine Jones that was hailed as a major victory for privacy advocates. But upon reflection, it seems like while the court opened the door to stronger privacy laws, it never stepped through and made them reality.

Let's review: in 2005, FBI prosecutors accused Antoine Jones, a former Washington D.C. nightclub owner, of running a major cocaine ring. Part of the FBI’s case hinged on tracking Jones’ movements for 28 days by attaching a GPS device to a car he regularly used. The FBI obtained a D.C. warrant for the search, but the GPS device was installed in Maryland — making the device technically illegal in D.C., where FBI conducted much of its investigation. 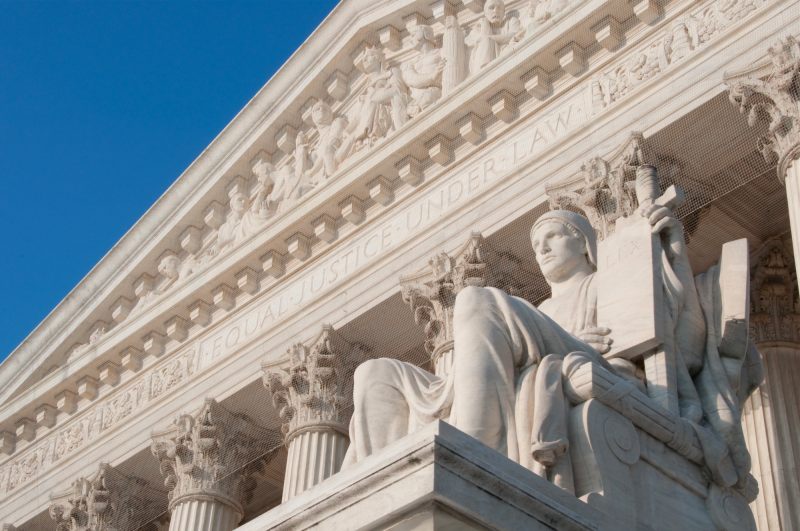 Jones was convicted and sentenced to life in prison, where he appealed his conviction all the way to the Supreme Court.

There, he argued the GPS data shouldn’t have been allowed into court because the improper warrant violated the Fourth Amendment’s stated "right of the people to be secure in their persons, houses, papers, and effects, against unreasonable searches and seizures." In a January 23 ruling, the Supreme Court found in Jones’ favor.

That's certainly good news for Jones, who is now 51 and to this day accused of leading cops to "the largest cocaine seizure in [D.C.] area history." He's still behind bars as prisoner number 18600-016 at the United States Federal Penitentiary in Atlanta, Georgia, but the Supreme Court decision could give Jones a chance at freedom.

But for the rest of us, Jones is less of a victory for privacy than you might initially think: the majority ruling didn't answer the question of whether or not the cops can track a citizen without a warrant, and indeed generally avoided the issue of Jones' "reasonable expectation of privacy." The majority instead focused on whether FBI infringed upon Jones’ personal property to conduct an illegal search.

That’s the easy way out: although a decision focused on privacy would have been more relevant to anyone concerned about government agencies tracking the websites they visit or where they take their mobile devices, it would have also posed a much more difficult question to answer. The Supreme Court instead chose to punt — to answer the much simpler question of whether the installation of a GPS device constitutes a "search." Once the majority decided that installing a GPS was indeed a search, they could simply say the cops needed a valid search warrant and wrap things up — no massive discussion of privacy needed. But the concurrence of Justice Sonia Sotomayor suggests that the court will ultimately have to tackle the thorny issue of exactly when and where citizens give up their rights to privacy in an always-connected world — and that the rules currently in place will have be seriously rethought.

Sotomayor agreed with the court’s ultimate decision — that Jones’ property had been unfairly searched — but not necessarily its reasoning. While Jones never specifically gave his information to a third party, Sotomayor wrote that "fundamentally, it may be necessary to reconsider the premise that an individual has no reasonable expectation of privacy in information voluntarily disclosed to third parties." That's is a reference to something called the third-party doctrine.

The third-party doctrine (3PD) dictates that citizens give up their Fourth Amendment rights guarding against unreasonable search and seizure when they give information to a third party. Sotomayor called this concept "ill suited to the digital age, in which people reveal a great deal of information about themselves to third parties in the course of carrying out mundane tasks." And if real progress is going to be made regarding our "reasonable expectations of privacy" in a world of Facebook and Twitter, courts will need to confront the 3PD head-on.

I had a conversation recently with Norman Sadeh, director of Carnegie Mellon University’s Mobile Commerce Laboratory and contributor to an amicus brief filed with the Supreme Court last fall that supported Jones’ position. He made reference to the 3PD in our conversation and further explained that if you want an accurate representation of privacy expectations today, there’s no need to look far beyond Facebook and Foursquare.

"It is very unusual that anyone would advertise on Foursquare that they’re in jail or that they’re going to an abortion clinic or they’re on their way to an AA meeting," he said. The implication, he said, is that individuals expect a certain amount of privacy even when they choose to regularly share information about their locations and their habits.

In two small studies, Sadeh said he and his team of CMU researchers found that people are "not willing to use services such as Foursquare unless they have the ability to choose when they would share their location." This indicates, he says, that reasonable expectations of privacy today don’t fall in line with those of the 3PD — and that the 3PD thus needs to change.

Catherine Crump, a staff attorney with the American Civil Liberties Union's Speech, Privacy, and Technology Project who’s written about Jones, said that while it’s true the Supreme Court made a narrow ruling, the fact that they ruled in Jones’ favor and broached the third-party issue is encouraging. However, only time will tell how robust privacy protections will be in the future — especially as more and more consumers give up more and more data about themselves.

"In today’s world, all of us are tracked more frequently than ever before," she said. "The ruling showed that there’s a concern for privacy but there’s going to be a ton of litigation to try and get clearer standards for whether protections will extend to cell phone or email tracking, for example."

The examples are easy: does having a cell phone that reports its location to a carrier mean that you consent to tracking and therefore waive your reasonable expectation of privacy under the third party doctrine?

Lior Strahilevitz, a law professor at the University of Chicago, says maybe.

"Prior to Jones, I think the 'third party doctrine' would have strongly indicated that by sharing her cell phone location information with a cell phone carrier, a citizen lost her reasonable expectation of privacy," he says. And chances are, that's still the case. But because "Justice Sotomayor’s concurring opinion in Jones indicates that she would be reluctant to apply the third party doctrine to those facts," it would be "reasonable for a lawyer to argue that after Jones, the government will usually need a warrant to track an individuals’ whereabouts 24/7 for a lengthy period of time." Whether or not that argument will fly will need to play out in court as judges clarify and potentially strengthen the Supreme Court’s ruling in the Jones case.

Police, however, hope privacy protection won’t go much further. Strahilevitz himeself argued in a recent Chicago Tribune op-ed that "theJones decision will likely increase crime" because police forces will be less likely to conduct wide-ranging location searches using GPS technology. That remains to be seen, but if the Jones decision is any indiction, at the very least police will be required to be more careful about getting the appropriate warrants.

Jerry Ratcliffe, Director of the Center for Security and Crime Science at Temple University in Philadelphia, said warrants aren’t the point; the point, he says, is that GPS technology was "showing progress" and moving in the direction of making police work less expensive and potentially more effective on a broader scale. He said the Jones decision flies face of that progress and will "make some police investigations hugely, excessively more expensive" because police might now have to physically follow suspects instead of tracking them with GPS.

He also agreed with Strahilevitz that emerging technologies like facial recognition (perhaps to identify at-large suspects in public) and license plate monitoring (to identify stolen cars, for example) are now questionable for law enforcement agencies — though it would be tough to imagine a world in which police don’t pursue these technologies until the courts order them to stop.

Ratcliffe is ultimately circumspect, though. He sees merit in the argument that the Jones case could provide "a tremendous protection of civil liberties," whether or not that argument stands up over time. Regardless, he’s more concerned about what the Jones decision could mean for police: It could be "a terrible hindrance for police investigating crimes," he says. "It depends on which side of the fence you want to sit on that one."