In a press release today, LG announced three new devices that will be hitting the show floor at MWC next week. From left to right in the picture above they are the L3, L5, and L7. All three devices will feature LG's Floating Mass display technology — the displays on the devices appear to be floating — a reference to the closeness of the actual display to the glass. This is the same technology found in LG's Prada 3.0 phone, whose styling seems to have carried over to the new devices. In addition, LG is claiming they feel thinner than they actually are. All three will have a thin, square, metallic design, with a warm, leather-like back panel. 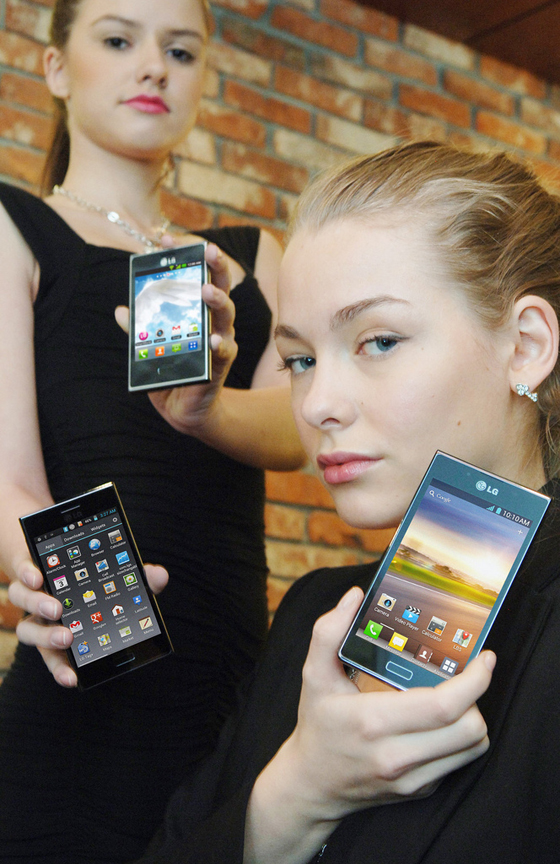