Microsoft: Office for iPad photo 'is not our software'

Microsoft: Office for iPad photo 'is not our software'

Microsoft says that an alleged photo of Office running on iPad is fake.

Microsoft has branded a photo of Office for iPad fake after a story appeared today claiming the software maker is planning to release a version in the coming weeks. "The Daily story is based on inaccurate rumors and speculation," said a Microsoft spokesperson to us today. The company also told ZDNet's Mary Jo Foley that The Daily's alleged picture of Office running on an iPad "is not a real picture of a Microsoft software product." The image depicted a rumored version of Office for iPad with access to Word, Excel, and PowerPoint.

Microsoft is rumored to be preparing an Office version for the iPad, that may appear before a tablet optimized version of Office for Windows 8. Microsoft's Office 15 software, designed for Windows tablets, is currently in the pre-beta stages and will run as a desktop app on Windows 8 with interface and touch improvements.

Update: The Daily's Peter Ha says says that the photo the site ran is legitimate (see tweet below). He also provides a fresh image of what he claims is Office for iPad.

Microsoft has reached out to us and not only confirmed Mary Jo Foley's statement, but gotten a bit more specific, saying: "the screenshot provided to The Daily is not Microsoft software."

@maryjofoley we did not fabricate either image. A working version of the app was demoed to us by someone at Microsoft. 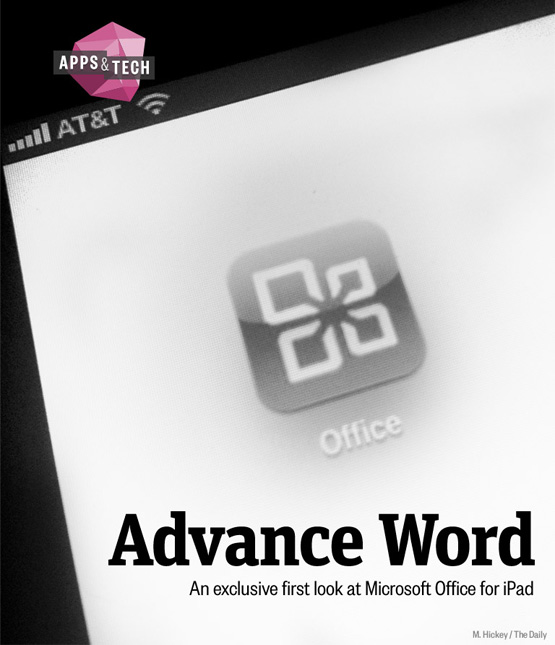