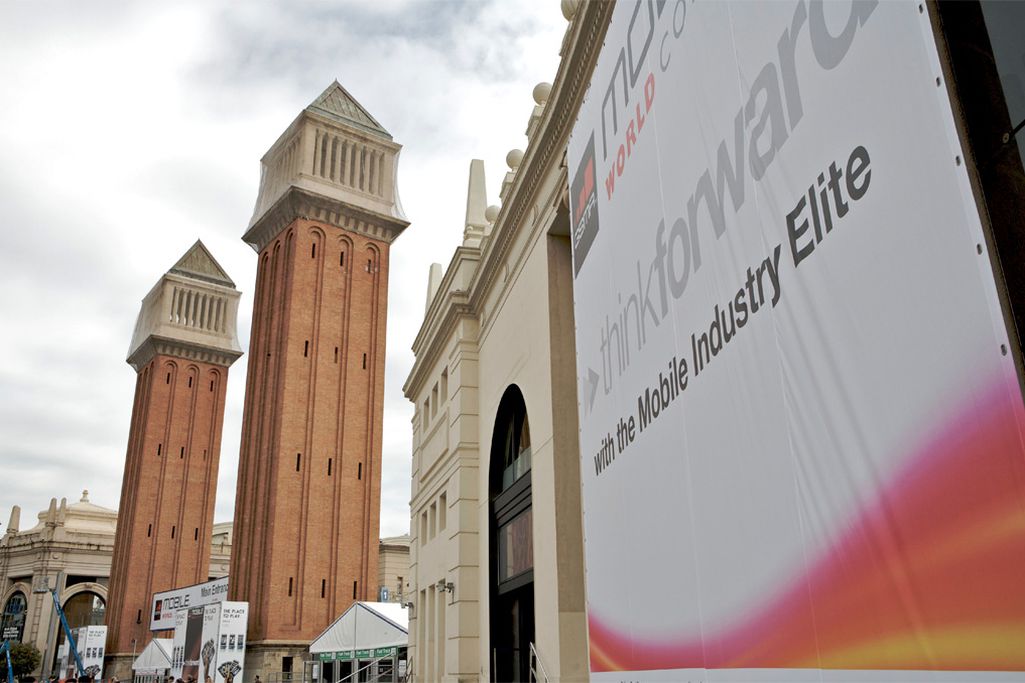 The year's greatest celebration of mobile technology, Mobile World Congress, kicks off next week in beautiful Barcelona, Spain. With the exception of Apple, virtually every major phone manufacturer around the world takes MWC very seriously — it's a consumer electronics show whose buzz level is rivaled only by CES — and we're expecting a slew of announcements starting with press conferences from Huawei, Sony, and HTC this coming Sunday, February 26th. Though we'll undoubtedly get a surprise or two, there have been enough leaks and teasers in recent weeks to give us a pretty solid idea of what to expect, so let's take a look.

Ultimately, Samsung may get more buzz for what it doesn't show at Mobile World Congress: the Galaxy S III. It had been widely assumed that the Korean giant would debut the successor to the wildly popular Galaxy S II at the event — primarily because the S II debuted at the event last year — but the notion was quashed earlier this month with an official statement that we'd be seeing it "at a separate Samsung-hosted event in the first half of the year." The fact that Samsung felt the need to publicly nip that rumor in the bud is a bit unprecedented, and it gives you a sense for the importance and scale of the Galaxy S line in the company's portfolio.

So what might we see instead? Look for Samsung to focus on Android tablets. The recently-announced Galaxy Tab 2 will likely be featured prominently, and we're also expecting a replacement for the aging Galaxy Tab 10.1, possibly adopting the Galaxy Note 10.1 name. It's looking like the so-called S Pen — as seen on the 5.3-inch Galaxy Note — will likely make the leap to the 10.1-inch form factor, and we wouldn't be surprised to see a quad-core Exynos processor on board. 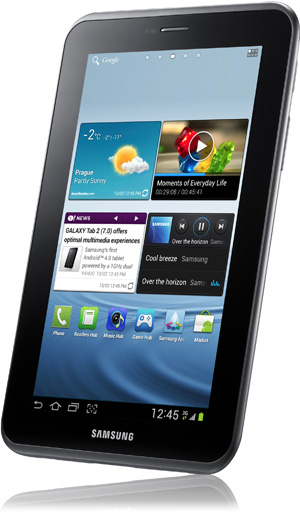 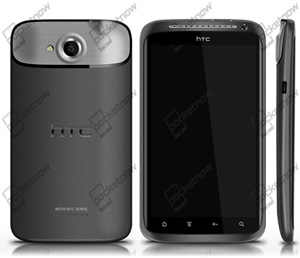 Having launched the Legend at MWC in 2010 and devices like the Incredible S and Flyer tablet in 2011, HTC clearly takes this event pretty seriously, and every indication is that they'll do so again this year. We've heard a number of rumors that phones codenamed Ville and Endeavor are both on tap, part of the Taiwanese company's new strategy that focuses on a reduced number of models deployed globally. The Ville is said to have a shell less than 8mm thick — in many ways, it looks to be a thinner, more attractive remake of last year's Sensation — but the Endeavor is the model to really keep an eye on: it's a flagship with a rumored 4.7-inch 720p display and quad-core processor.

On the software side, we expect to see more details on the next generation of HTC's Sense skin, version 4.0, which should be deployed atop Android 4.0 on most or all of the models that debut at the show.

While it's still fully engaged in Windows Phone, MWC 2012 won't just be about Microsoft's platform for Nokia: it was at Barcelona last year that Symbian's eventual demise was announed, and this year's event could very well be the last to feature a flagship Symbian device. We've heard talk of a so-called Nokia 803 that would become a proper successor to the vaunted N8, focusing on world-class camera performance — and indeed, the company has released a video teasing just such a device this week.

Of course, there will certainly be Windows Phone announcements from Nokia as well. Microsoft is largely expected to unveil the retail version of Windows Phone "Tango" at MWC, a new version that focuses on pushing the platform downmarket with better support for lower-spec hardware — 256MB of RAM, for instance — and considering Nokia's reach in developing markets, that's a feature that it will look to exploit quickly and thoroughly. Rumors of a low-end Nokia 610 have surfaced recently which would slot in below the midrange 710, and Tango will likely be featured prominently on the device. We'll also likely see the European variant of the Lumia 900, essentially an "oversized" 800 that's been bumped to 4.3 inches; unlike the US version, it'll lose support for LTE.

Sony cautiously stepped out in its new Ericsson-free branding back at CES in January, but look for the new image to go big at MWC this year — particularly now that the transaction has passed its final regulatory hurdles. Recent Xperia U leaks suggest that we'll be seeing a scaled-down version of the Xperia S announced last month, and it's possible that we'll also be seeing some fresh UI elements in Sony's skin atop Android 4.0.

Rumors of a Sony-branded Windows Phone have dogged the company since it was still Sony Ericsson, and they've flared up once again ahead of the show. Though it's possible we'll see an announcement, we haven't seen any fresh hardware leaks in recent weeks that take advantage of Sony's new design language — and we'd be surprised if it simply launched the QWERTY slider that's been floating around since last year. 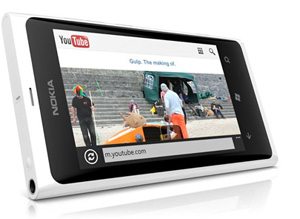 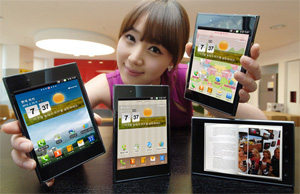 By all appearances, LG has already announced the majority of devices that it'll be showing at MWC this year: the Galaxy Note-fighting Optimus Vu, the Optimus 3D Cube and 3D Max, and the L-Style line, all of which are powered by Android. While 3D cameras and displays haven't caught on in mobile yet, LG was at the forefront with the Optimus 3D last year — and it appears ready to double down on the technology.

LG's press event is on the day before the show officially opens, this Sunday, February 26th (as are event from Huawei, Sony and HTC). At the very least, we expect all of this week's announcements to be on hand for demonstration, and it would seem that the company has at least one more unannounced ace up its sleeve that it's saving for this weekend: the quad-core X3, which looks to be LG's 2012 flagship.

Chicago-based Motorola doesn't typically make a big deal of MWC — it certainly didn't last year — and it appears that the same holds true for 2012. We don't have a dedicated press conference from the company on the books, though we wouldn't be surprised if it trotted out Android 4.0-based skins for the first time. Several such ROMs have leaked out in recent weeks, and there'd be no better event than the year's biggest mobile show to make them official.

Like Motorola, Google — whose deal to acquire Moto is all but closed — doesn't have a press conference scheduled, and we're not necessarily expecting any big announcements. Last year's huge, playground-like Android booth was a highlight of the show, though, and it looks like they're planning a big floor presence again this year.

Strangely, the biggest news to come out of Mobile World Congress may not be "mobile" at all — at least, not in the traditional, smartphone-centric sense of the word. Microsoft has chosen Barcelona as the venue to unveil its so-called "Consumer Preview" release of Windows 8, and all indications are that it'll feature some significant changes from the version showed at BUILD last year. Gone is the Start button orb — a staple of the platform for over fifteen years — and we're also expecting to see some new applications that take advantage of Windows 8's all-new Metro style interface.

Of course, there may be method to Microsoft's madness. As unusual as MWC may seem to unveil an operating system targeted at desktops and notebooks, the notion of Windows on ARM looms large on the horizon — a product that Redmond hopes will push it far deeper into the consumer tablet market than it's ever been before. For attendees of this show, of course, tablets are a familiar sight; Android tablets were a major focus at last year's event, and they'll undoubtedly be again this year.

Windows 8 is also rumored to foster considerably tighter integration with Windows Phone. Microsoft has "gone big" with its renaissance mobile platform in each of the last two Mobile World Congresses — in fact, Windows Phone 7 debuted there two years ago. The company has been relatively tight-lipped about what we'll see on the Windows Phone side in Barcelona this time around, but we're expecting at least two major revisions in 2012: Tango, which focuses on lower-end hardware for wider-scale internationalization, and Apollo, which is shaping up to be a more thorough revamp. At the very least, we'd expect a full unveiling of Tango, and we wouldn't be surprised to see some hints of Apollo thrown in as well. 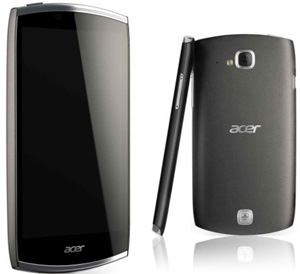 Beyond the "usual suspects," several other players are looking to MWC to make a splash in 2012. Take Huawei, for instance, which wowed journalists with its 6.7mm Ascend P1 S back at CES; it'll be showing a high-end "Diamond series" handset at the show along with a new 10-inch tablet, both possibly powered by a homegrown quad-core processor. ZTE — another Chinese powerhouse looking to expand its global presence — just announced the Mimosa X, which is making waves as the first handset with an Nvidia modem on board.

From Taiwan, Acer and Asus will be showing new hardware at the show. Acer's coming off a prestigious iF Design Award for its so-called CloudMobile, an ICS-powered flagship, and Asus looks to show the production version of its Eee Padfone tablet / handset hybrid that first debuted at last year's Computex. And from Japan, look for Fujitsu and Panasonic to show promising new Android devices, including the Eluga that just debuted for the European market.

The processor makers will be out in force, too: Qualcomm, Nvidia, TI, and Intel will all be on hand, and we fully expect most or all to be equipped with new development kits or reference designs that showcase their latest designs' raw horsepower. We're especially focused on Intel, which looks poised to finally break into the smartphone market this year with its Medfield line — it's likely that we'll hear more about its platform at the show, and launch partners Motorola and Lenovo could have devices on hand.

Use our Mobile World Congress StoryStream and hub to follow all the latest news from MWC 2012, and be sure to stay tuned for our live coverage from the show starting this Sunday, February 26th.