Some of you may remember the folding three pin plug for the UK that was shown off in 2009. Here is an article from when it was originally shown:
http://www.iconeye.com/news/rca-student-radically-improves-the-uk-plug

Here are some images of the original design: 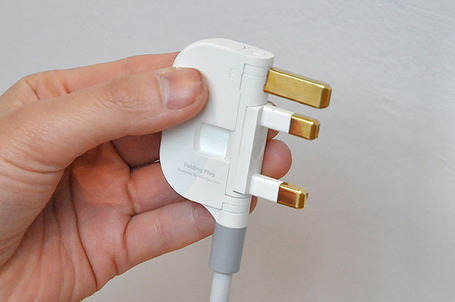 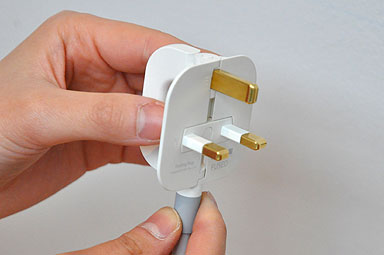 The design has changed a little since but this product has now become a reality and they are releasing a USB adapter version for £25 at www.themu.co.uk. It is to be released on the 28th February and they are hoping to create a number of other versions for other functions in the future.