Box gives 50GB of free storage to all Android users

Box is running a promotion until March 23rd that will give anyone who downloads and uses the company's updated app a free-for-life 50GB account. The file size limit is bumped up to 100MB as well (from 25MB), and the promotion coincides with the launch of the 1.6.0 version of the app.

Share All sharing options for: Box gives 50GB of free storage to all Android users

Cloud storage is all the rage nowadays, and Box is doing a promotion that's sure to make those of you who just can't get enough happy: the company is giving away free-for-life 50GB accounts to anyone who downloads and uses the updated Android app by March 23rd. As a bonus, the 25MB file size limit that's placed on free accounts is being bumped up to 100MB for Android users as well. Box's 50GB accounts typically cost $19.99 per month (free accounts come with 5GB), but this isn't the first such promotion the company has offered — those with either an LG-branded Android device or an Apple iPhone got an identical deal last year. The promotion coincides with the release of the 1.6.0 version of the app, which offers batch file uploads, the ability to add folder collaborators, the option to install the program on your SD card, and an improved UI that follows Google's Android design guidelines. 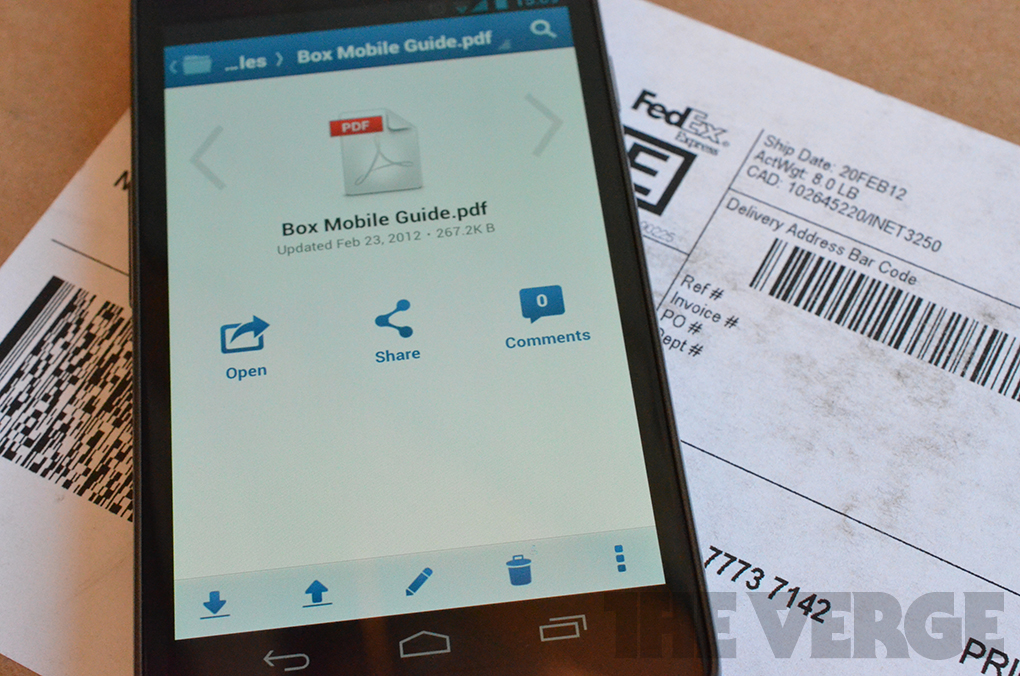