Acer has taken its CloudMobile S500 out in public, parading it at Milan Fashion Week.

We've been catching glimpses of the Acer CloudMobile for the past couple of weeks, but now the company has shown the device in the flesh at Milan Fashion Week. As we've heard suggested before, it's running the unannounced Android 4.1, with a dual-core 1.5GHz processor, 4.3-inch 1280x720 display, 8-megapixel camera, NFC capabilities, and Dolby Mobile audio. Notebook Italia reports that the handset feels well built, with the smooth lines and rounded edges giving the CloudMobile "definite personality." Cellulare Magazine has also been given some time with the phone, producing a video (in Italian) showing off the crisp, bright screen and very responsive UI.

One aspect of the phone that's still apparently absent is the AcerCloud service — although it's one of the handset's headline features, the PC to phone synchronization and storage service is yet to be shown in public. Acer has confirmed earlier reports of a Q3 release for the CloudMobile, but we'll be on the lookout for a prototype at MWC next week. 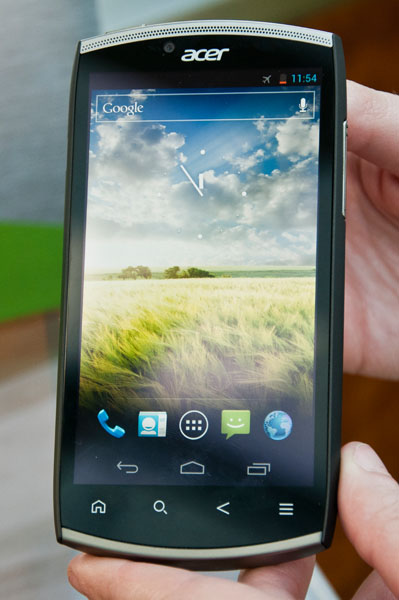