DataSift has just announced that it's officially licensed to sell access to two years of tweets. The service, which is available today for existing DataSift users and in April for all others, goes back to January 2010 and starts at $1,000 per month for individuals. Capturing, analyzing, and storing all of those updates is no small task: every day the company is grabbing about 250 million tweets.

You might like Facebook and Twitter for keeping up on the news and communicating with your friends, but big businesses like social networking because of the wealth of data it provides. Thankfully for those businesses and other entrepreneurs, DataSift has just announced that it's officially licensed to sell access to tweets from up to two years ago. Previously, companies could only look back 30 days with competitor Gnip's similar service, and Twitter users can only scroll back far enough to see seven days' worth of tweets.

DataSift and others already offer expansive realtime analysis of tweets as they come in. Its current service doesn't just hand off millions of tweets a day to its customers — instead, it adds context and insight to help companies make sense of all the data. For example, information like whether an update was positive or negative in tone, what topics were discussed, how influential the update was (using Klout), and where the update was placed are included. DataSift Historics, which is available today for existing DataSift users and in April for everyone else, lets its customers perform the same analysis on tweets all the way back to January 2010, at a rate of about 250 million tweets per day. According to BBC News, the service starts at $1,000 per month for an entry-level package suited for individuals, but prices scale up from there depending on how the data will be used and how big the company that uses the service is. 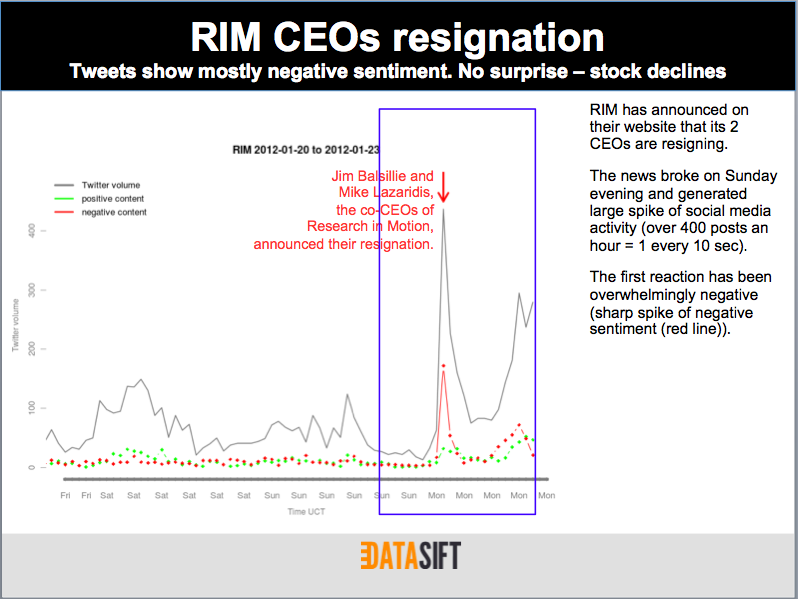 Why would companies want access to old, outdated tweets? Well, lots of companies track public opinion on Twitter in real time, but those corporations might decide months or years down the road that they want to investigate a trend that they hadn't recognized before. DataSift says its customers use the service to track brand and product opinions, follow news, and gain financial insights to help predict how the stock market will move.

While you might be concerned to hear that something you tweeted two years ago is floating around and being analyzed, it really shouldn't come as a surprise if you have a public account. Thankfully, if you delete a tweet or have a private account none of your updates will be available. Still, the idea that companies are mining your tweets for valuable data might make you think twice next time you want to share your opinions with your followers — and everyone else.