A new feature is being tested by Facebook that allows users to mark themselves as safe during disaster situations.

Facebook recently tested a new feature in Japan that lets users notify friends and family that they're safe during a disaster. Called the Disaster Message Board, the feature adds a "mark safe" button that can be clicked to add a "safe" tag on both your profile and those of your friends, making it easy for people to see how you're doing in an emergency situation — sort of like a social networking version of the picture-filled message boards typically used during a crisis. The feature was only in place briefly, with Facebook asking users to test it out so that "you'll know how to use it if a real disaster occurs." In the future, Facebook says the "mark safe" option will only be available during disasters. 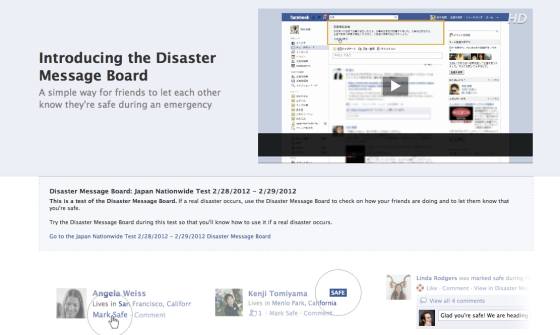