Facebook is testing a new photo-viewing interface with a small number of users, and it bears certain… similarities to a competitor's design. That competitor would be Google+, which uses a near-identical combination of black frame, large picture on the left, and comment stream on the right. See for yourself — above is the new Facebook interface, and below is a shot from Google+. Unoriginal it may be, but we think being able to view comments and the picture at the same time is a big improvement in this brave new world of widescreen monitors.

It's not the first time Facebook has been accused of lifting from its new rival, with its revamped Lists feature being pretty similar to Google+'s Circles (which in turn was pretty similar to Facebook's Groups). Maybe the next step is for Google+ to develop a Timeline-style profile banner — hey, Twitter just did it. 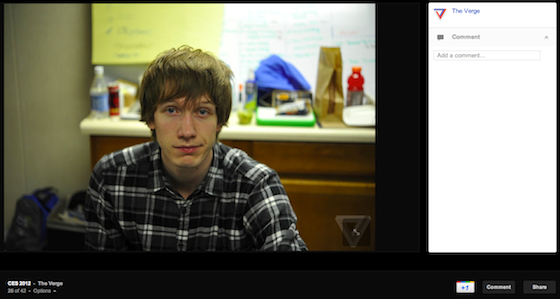