New images have surfaced of the rumored Olympus OM-D Micro Four Thirds camera. The three photos below are heavily zoomed and cropped, and match up with the previous leak, even if they don't tell us anything new about the camera. The product image above is slightly more debatable - it's unclear if this is an artist's impression, or genuine promotional material.

When we first heard rumors that Olympus was planning to launch a new mirrorless camera, it was thought we would see something like the Fujifilm X Pro1, which relies heavily on the company's past designs to achieve its retro look. From this latest set of images, it would appear that the camera has more of a contemporary feel than Fujifilm's effort, merely playing on style-cues from Olympus' original OM series. The camera is rumored to feature 16-megapixel sensor, ISO range up to 25,600, 5-axis image stabilization, super-fast autofocus, and a 9fps burst mode. Nothing is confirmed, but 43rumors, the source of the leaked information, has a good track record on these matters, and is expecting the OM-D to to announced on February 8th.

Update: A fifth image has been leaked to the same source, giving a good view of the camera's EVF and comically over-sized pentaprism. 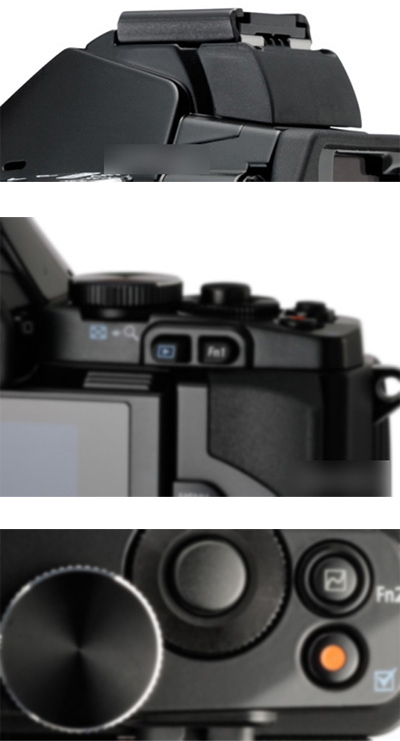