Microsoft's retail stores are offering a free year of Zune Music Pass with the purchase of a Windows Phone.

If you've been thinking about picking up a new phone and can get to one of Microsoft's retail stores, you might want to check out this promotion. WPCentral has spotted in-store signs that promise a free annual subscription to Zune Music Pass with the purchase of a Windows Phone. On its own, the pass costs $99.90, and can be used on up to four devices — not just the phone. From what we can see, the offer lasts until Valentine's Day, so you've got a little less than two weeks to pick up a Lumia 710, HTC Radar 4G, or other Windows Phone. Unfortunately, the promotion is in-store only, so anyone who's not near one of the elusive retail locations is out of luck. 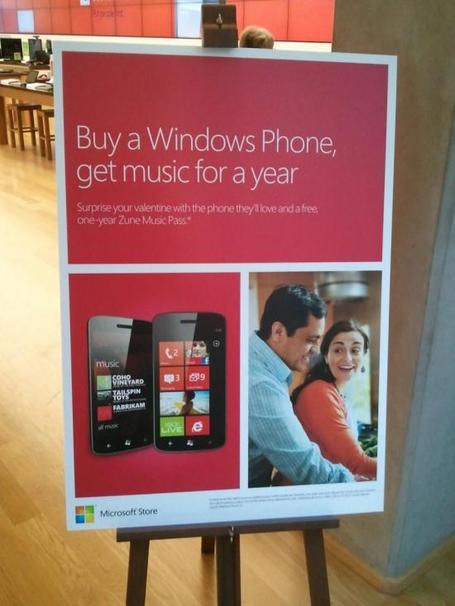