Microsoft has announced that its Dynamics CRM suite is heading to a variety of mobile platforms.

Microsoft has announced Dynamics CRM 2012, which for the first time offers the customer resource management system to mobile devices — a client for iOS, Android, BlackBerry and Windows Phone devices is coming in Q2 this year. The apps joins corporate instant messaging tool Lync and OneNote in being available on the platforms and will allow phone and tablet users to access the data they hold on a customer wherever they are.

The announcement marks further acknowledgement of the growing role of the iPad and other tablets in the business domain. However, it comes as a surprise that the the apps could launch prior to Windows 8, the OS which is set to mark Microsoft's big push into the tablet market. The broad platform support here makes it clear that Microsoft is gunning to be present everywhere in business in its role as a software company, and could be seen as its effort to compete with web-based CRM solutions like Salesforce. 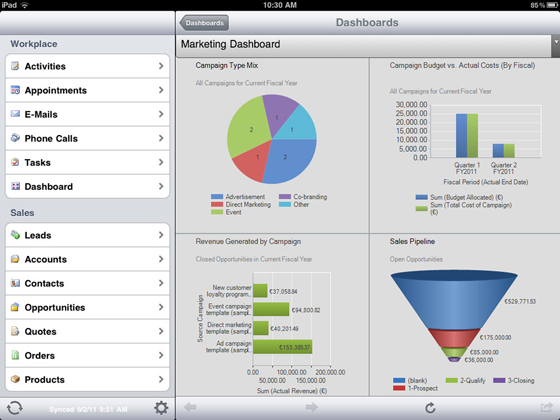