Alec Saunders, RIM VP of developer relations, just announced formal BlackBerry PlayBook OS support for the Qt open source developer framework at DevCon Europe. Alec was joined on stage by Nokia's Lars Knoll, Qt Chief Architect. By officially joining the Qt open source effort, RIM will contribute its Qt work back to the project with a promise not to fork the code base. RIM's adopted the Qt Quick and QtCore components of the framework but replaces QtGui with its proprietary Cascades implementation to create the "signature effects" we'll see in BlackBerry 10 later in the year. Developers looking to take advantage of the PlayBook 2.0 update scheduled for release this month can download the binaries and SDK now.

Qt is the popular cross-platform application framework that was previously the focus of Nokia's worldwide developer corps. However, when Nokia abandoned its Symbian / MeeGo smartphone strategy for Windows Phone it also abandoned Qt in the process — Microsoft's free Windows Phone Developer Tools are built around Visual Studio, Expression, Silverlight and the XNA Framework. 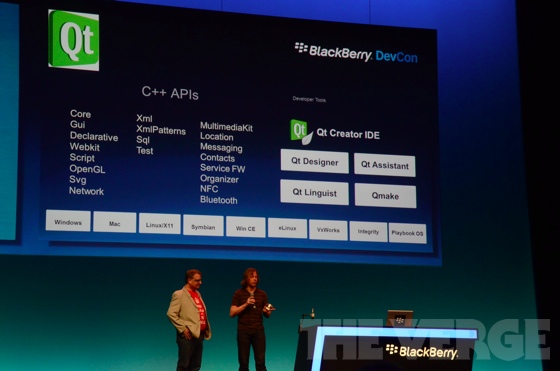 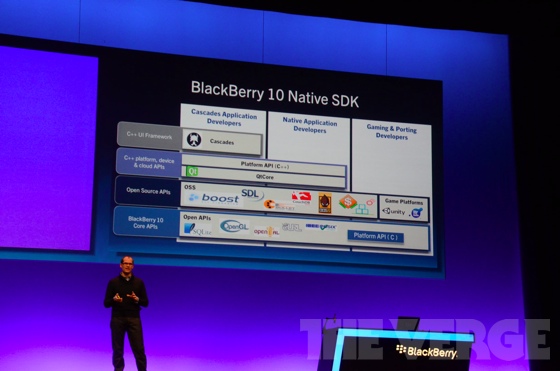