Canon has announced three new professional-grade lenses — a replacement for the existing EF 24-70mm f/2.8 and a pair of new f/2.8 wide-angle prime lenses, one 24mm and one 28mm, both with image stabilization.

Canon has announced three new EF-mount lenses today, bolstering its range of high-end glass with a 24-70mm f/2.8 II USM L-series lens and a pair of 24mm and 28mm wide-angle primes. The 24-70mm is a near-direct replacement for the current lens of the same range, though adds a number of extra features which it promises will improve image quality throughout the range of the zoom. These include a new combination of lens elements and coatings, which should provide improved color reproduction while avoiding ghosting and shape distortion. Also new is a zoom-lock switch, which holds the lens at its widest setting.

The aperture has also been changed, with the old 8-blade mechanism replaced by a new 9-blade setup which Canon promises delivers "incredible bokeh." One noticeable omission is image stabilization — CNET says that it was left out for reasons of "weight, complexity, and expense." The improved optics come at a price, though — the lens is set to launch in April for $2,299, a $1,000 premium over the model it replaces. 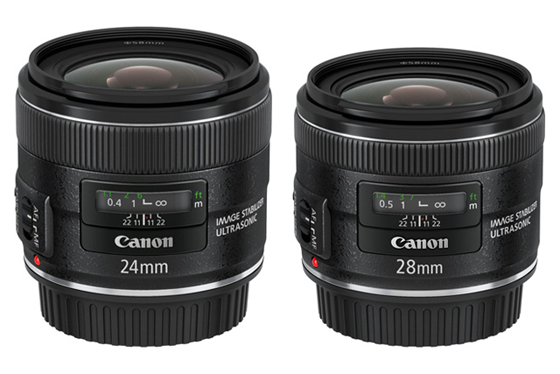