Microsoft has released an Android version of its OneNote productivity software, joining earlier mobile versions for Windows Phone and iOS.

Microsoft's OneNote software has already seen mobile versions come to Windows Phone and iOS, and now Android users can get in on the productivity fun with an app just released in the Market worldwide. It looks to be functionally identical to other mobile versions, letting you create, edit, and sync your notes through SkyDrive, though it has a new visual style that adds some Metro twists to the Android interface. It follows the same pricing scheme as the iOS app — free for the first 500 notes you make, with a one-time $4.99 payment required to unlock continued use.

Here's how the Android app looks next to its iOS equivalent: 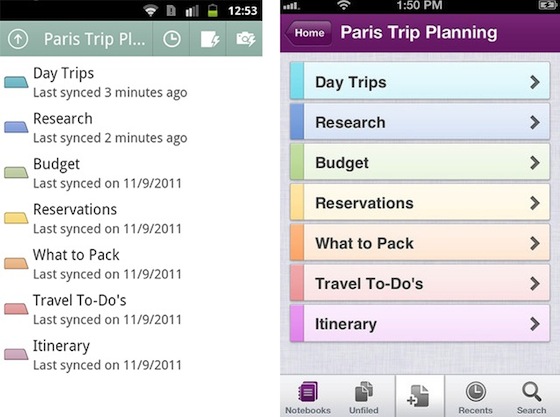