Reviewing the Droid RAZR Maxx presents an interesting challenge: in many ways it’s the exact same device as the Droid RAZR, which was introduced just a few short months ago. Actually, scratch that: it is the exact same device, but with a gigantic 3300mAh battery that fills out the original RAZR's distinctive scooped back. That’s a huge leap over the original RAZR, and over double the 1432mAh cell in the iPhone 4S. It’s a blunt force solution to the problem of power-hungry dual-core processors and first-gen LTE chipsets: if you can’t make the battery last longer, just glue on a bigger battery.

And make no mistake: that’s exactly how the RAZR Maxx was conceived, almost as though on a whim: a Motorola engineer suggested putting a bigger battery on the RAZR, and CEO Sanjay Jha thought the revised shape was easier to hold, so he shipped it. The Maxx takes over the $299 price point on Verizon, while the original RAZR has fallen to $199. Having just reviewed the original RAZR, we thought it was important to spend serious time reviewing the sole distinguishing feature of the Maxx: its battery.

So what’s it like having a modern LTE phone with a battery that supposedly lasts forever? Should buyers of the original RAZR feel slighted that Verizon and Motorola introduced a dramatically better revision of their phone just two months after launching it in the first place? And does the palpable sense of embarrassment at owning a phone called the “Droid RAZR Maxx” ever truly fade? Read on to find out.

Externally, the only difference between the RAZR and RAZR Maxx is the filled-out backside. You're looking at the same stainless steel frame, the same Kevlar backplate, and the same arrangement of ports: HDMI, Micro USB and headphone up top, power button and volume rocker on the right side, and a small door covering the microSD and LTE SIM card slots on the left. Round back, you'll find the same 8 megapixel camera with LED flash that's on the RAZR. The additional thickness from the battery isn't really noticeable when you're looking at the phone by itself — it's still thinner than the iPhone 4S — but it's obviously apparent side by side with the original RAZR. The added thickness makes it a little easier to hold than the original RAZR — it's still an extremely wide device with a large bezel, but the added depth gives you something to hang on to.

Unfortunately, the other thing you're still looking at is the RAZR's miserable 4.3-inch PenTile qHD display. I thought it was bad when I reviewed the original RAZR, and I think it's even worse now, especially compared to the brilliant 720p LCD displays on phones like the HTC Rezound and LG Nitro HD. Text looks jaggy, whites shift to blue when viewed off-axis, and the whole thing generally feels like the concession to thinness that it is. I'm not a huge fan of the 720p Super AMOLED PenTile display on the Galaxy Nexus either, but it's head and shoulders above the RAZR and RAZR Maxx. Motorola would have been far better off using the extra thickness of the Maxx to accommodate a better display — yes, the Maxx's battery will run all day, but you're not going to want to look at the screen for nearly that long. 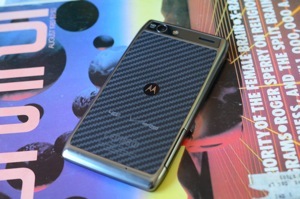 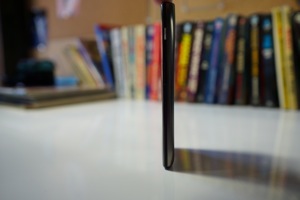 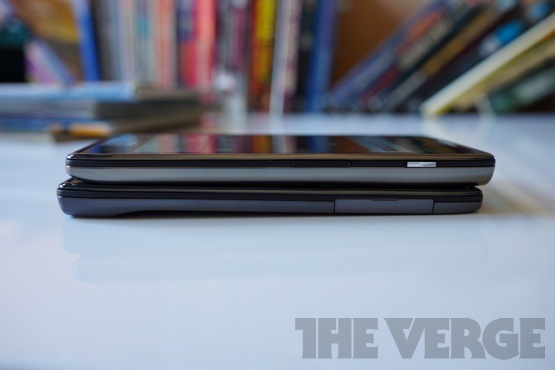 Let's talk about that battery life for a second. We were not kind to the RAZR Maxx in testing, repeatedly running our rundown test and spending entire days hammering away at the LTE connection. And as you'd expect from a phone with nearly double the battery capacity as its progenitor, the RAZR Maxx generally lasted twice as long as the RAZR:

In general use, I found that the Maxx would run for about a day and a half to two days without a charge if I used it normally. It also stood up to far more intense use: I spent about two hours tethered to LTE data on a trip to DC from New York, used the phone during the day, and tethered for another two hours on the way back, and still had about a quarter of a charge left.

I also left the phone sitting unattended in my bag for a couple days over a weekend without thinking about it, and when I came back the battery was still at halfway, even though the phone had been collecting emails and notifications the whole time. All in all, the Maxx's battery life is nothing short of astounding for a dual-core LTE phone.

In terms of performance things felt exactly the same as the RAZR, which makes sense: it's the same software build running on the same hardware. I did notice that the Maxx seemed a bit crashier than the RAZR, though — especially while tethering, which makes that giant battery a little harder to use.

Lastly, I also noticed that sound quality during voice calls seemed distinctly worse on the RAZR Maxx than on the RAZR, and I was told by callers on the other end that my voice also sounded fairly bad. That's surprising, given that Motorola phones typically feature extremely solid call quality; I'd definitely recommend making a few back-to-back test calls in the store before buying a Maxx if you're the sort of person who spends all day on the phone. 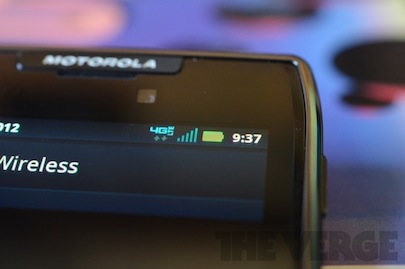 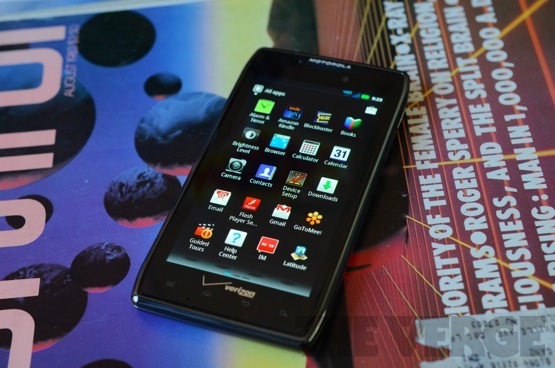 The RAZR Maxx also ships without Android 4.0 Ice Cream Sandwich, and while Motorola promises an upgrade in the future, it still won't be at the cutting edge of the platform. You'll have to decide how important that is to you, but it's something to note, especially when Verizon also offers the Google-blessed Galaxy Nexus. 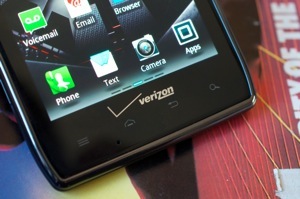 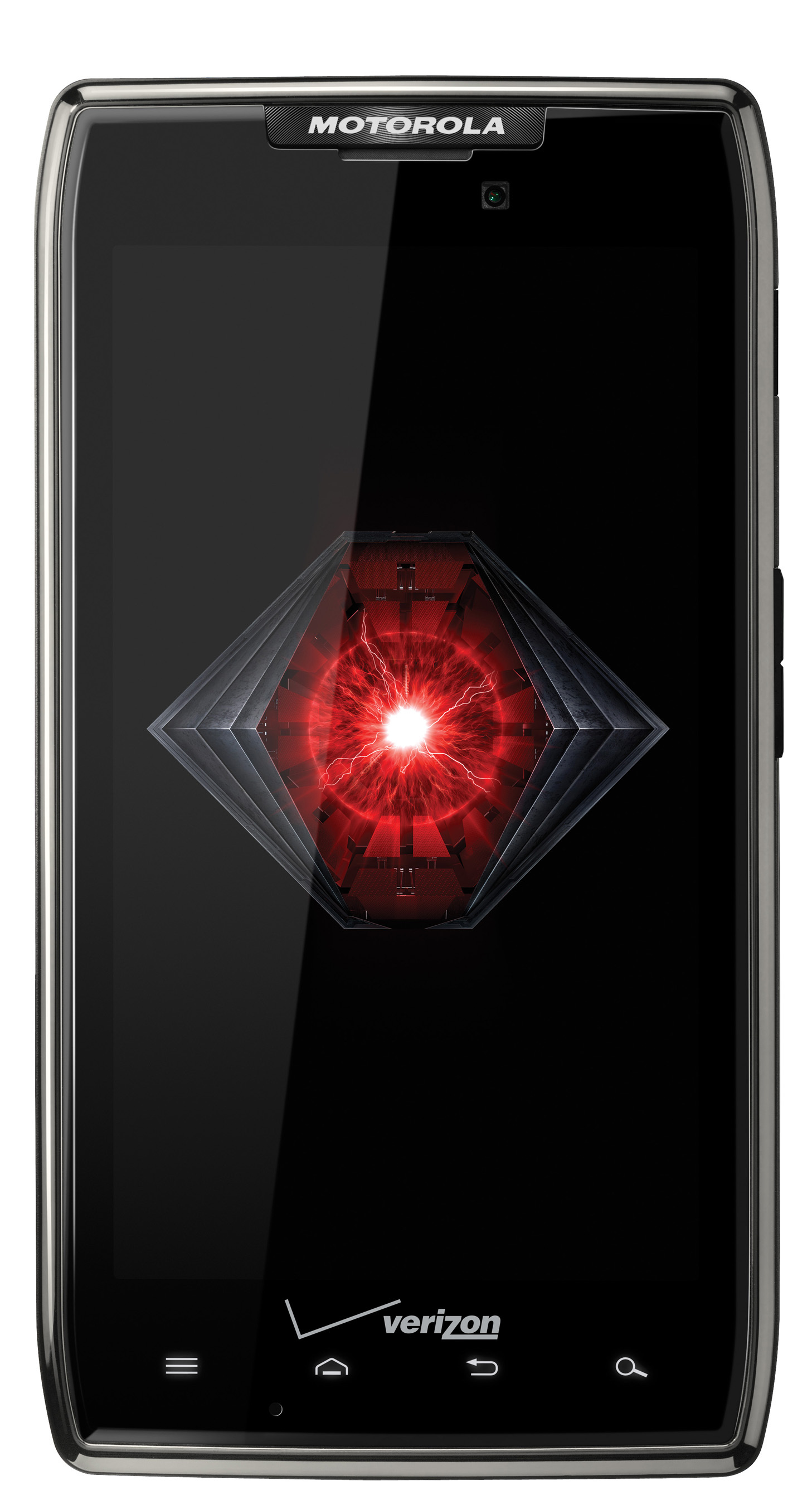 The Galaxy Nexus is a great place to wrap up, actually: I concluded my review of the original Droid RAZR by encouraging buyers to pass and wait for the Nexus, which offered a bigger, better screen and Android 4.0. That recommendation has been more than validated since the Nexus has been released — there’s no way you should buy a Droid RAZR over a Galaxy Nexus.

So what of the Droid RAZR Maxx, which is fundamentally a Droid RAZR with an extended battery pack? I think the same reasoning applies: the Galaxy Nexus offers a better display, better software, and a better roadmap of updates directly from Google. Yes, it’s sort of amazing that the original RAZR was so thin that Motorola was able to stick a giant battery in the case while still keeping it svelte, but unless you absolutely need to go two days without charging your phone, the RAZR Maxx still suffers all the same flaws as the original RAZR. And hey — Verizon offers a 2100mAH extended battery for the Galaxy Nexus.