Lytro's light field camera has undergone FCC testing, including the requisite tear-down process which has revealed a surprise inclusion.

The Lytro Light Field Camera has made its way through the FCC testing process, and during its disassembly revealed a surprise along the way — the camera has a Marvell Avastar 88 W8787 SoC capable of Bluetooth and Wi-Fi connectivity inside. We'd not heard anything about wireless options from Lytro before now, but the chip's inclusion opens up a number of possibilities, including wireless transfer of photos or remote control of the camera from your smartphone or PC. It's possible that Lytro only plans to enable Wi-Fi or Bluetooth, but we can't tell since they're both on the same SoC — a common way to deploy wireless on mobile devices. However, its inclusion at least gives Lytro the option of using the networking in future. 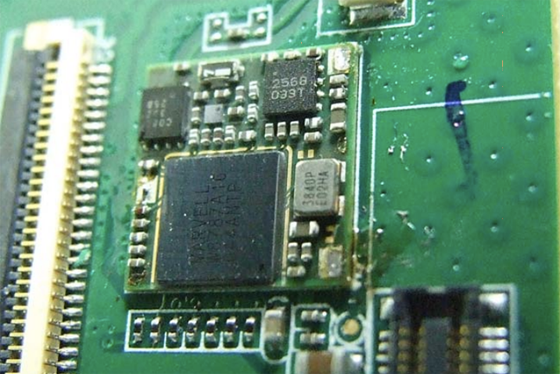 Besides the wireless radios, the FCC's teardown process gives us a chance to see that 11-megaray sensor close-up, which takes up around a quarter of the camera's tiny profile, along with the fairly chunky 2100mAh battery and a Zoran processor.