GameStop CEO: 'Sony and Microsoft could have cut us off a long time ago'

GameStop CEO J. Paul Raines tells us how his company has an angle on every part of the video game retail business.

Share All sharing options for: GameStop CEO: 'Sony and Microsoft could have cut us off a long time ago'

Today, GameStop announced that it is selling refurbished iPhones, iPads and iPod touch media players at over 1,000 brick and mortar stores. Actually, GameStop CEO J. Paul Raines tells me that there are technically 1,175 stores with iOS devices, as of our interview yesterday morning. It seems like a strange business for a video game retailer to be in, but to Raines, it makes perfect sense: he's got a 200,000 square foot facility in Grapevine, Texas employing 1,700 people to refurbish Xbox, PlayStation, and Nintendo consoles. Why not add a few phones and tablets to the mix?

Over the course of a half-hour telephone conversation, Raines explained that there's an estimated $7 billion worth of iOS devices sitting in people's homes, and since such devices have a comparatively short upgrade cycle, people naturally don't want to let the money they've invested go to waste. Some hand down their iPhone 4 to another member of their family when they upgrade to an iPhone 4S, sure, but others find themselves wanting to put their hardware on sale... and the same goes for Android tablets, which Raines says the company is also starting to accept on a trial basis. "It's a very large industry, most of it online," Raines says of the recommerce market, "$800 million and growing fast." Raines tells me that he thinks GameStop can become a leader in the space based on its experience and the company's physical presence compared to the likes of eBay. When I ask whether he'd consider it a significant portion of the company's revenue in the future — and specifically, whether people will start to view GameStop as a place we'd take all our valuable used gadgets — I can palpably hear his excitement as he tells me yes, that's "absolutely" the vision.

Competition on every front 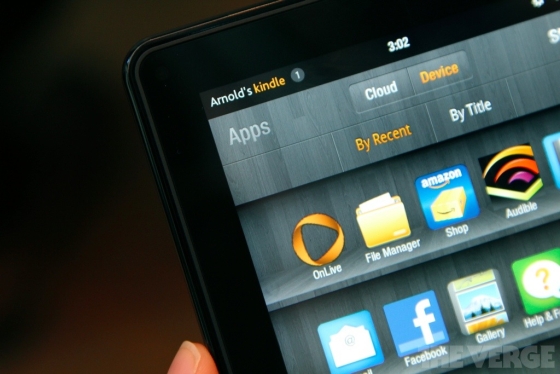 To a casual outside observer, of course, it looks like GameStop is trying to get the hell out of Dodge while it still can, doing whatever it needs to do to reduce reliance on a supposedly doomed retail software business. Though GameStop's financials have actually been improving every year — Raines suggests that the few, very recent declines are because the Xbox 360, PlayStation 3 and Wii are long in the tooth — the company's facing burgeoning competition on almost every front.

Microsoft, Sony and Nintendo all have digital distribution platforms now, where they can often sell full games to customers without paying for packaging. Meanwhile, Steam seems to rule the PC gaming roost with giant deals and an astounding catalog of downloadable games, and streaming services like OnLive and Gaikai suggest that someday soon, even downloading media might be unnecessary. Oh, and of course, there's the rise of smartphone and tablet to think about, not to mention web-based gaming. To that end, GameStop is purchasing businesses that do those exact same things. In addition to the tablet push, it bought up social game network Kongregate in 2010, and purchased both PC digital distribution platform Impulse and streaming provider Spawn Labs last year. 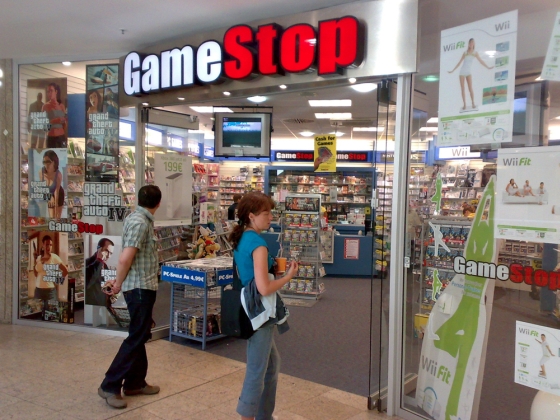 But while Raines concedes that there are "clearly threats from smartphones," citing Nintendo's DS and Sony's PSP in particular — and even admits that GameStop is considering a mobile app store of its own with higher-priced games — the CEO tells me that on the whole, digital distribution has been very good for GameStop's business. So far, rather than compete with Xbox Live and PlayStation Network, GameStop is actually helping drive their sales, by offering downloadable content purchases in brick and mortar stores that, he claims, are easier and more comfortable for customers to buy than using the digital services. "We probably sold more digital content than either of the platform owners," Raines told me, when it came to the recent Call of Duty: Modern Warfare 3 "ELITE" package. GameStop accounted for over 600,000 downloads there, and in general, Raines says that digital revenues have completely made up for the recent downturn in physical sales.

Still, it occurred to me that even if GameStop was helping Microsoft and Sony turn a profit, those companies could someday make more money by cutting the middleman out. Was there anything keeping the relationship going? No, says Raines, confident, "platform owners could have cut us off a long time ago, but what happens is that GameStop has a relationship with the customer deep and sticky enough that it isn't in their best interests to do so."

"Everyone thinks consumers are binary, all physical or all digital, but most are hybrids."

He explains that in GameStop's opinion, it's not only hard drives and internet connections that are keeping game downloads and streaming technology from taking over, it's also the relationships and physical connections that GameStop has built with customers over the years. "Everyone thinks consumers are binary, all physical or all digital, but most are hybrids," he says, explaining how customers even trade their physical games and devices and for digital content, and it's because of how convenient GameStop makes the transaction. "You can't be in the business of trying to protect yourself only through technology, you've got to make less friction for the consumer," he adds.

What happens if Microsoft, Sony or Nintendo hit upon an even more convenient system? What happens to trade-ins as consumers' non-tradable digital game collections grow larger than their physical ones? The thoughts only occur to me after I put down the phone. Still, it seems that whichever way the industry might shift, GameStop has a plan. Spawn Labs now has six data centers across the US ready to stream console games directly into your home. The company's planning a nationwide private beta test before the end of the year.