A user who got his hands on the new iPad a few days early has run the Geekbench test suite and confirmed that it does in fact come with 1GB of RAM.

Share All sharing options for: Geekbench test results confirm 1GB of RAM in the new iPad

At least one lucky soul out there has already gotten his hands on the new iPad and posted a full unboxing and hands-on video with his new hardware — but he's also gone ahead and ran the Geekbench test suit, which confirms that the new iPad comes with 1GB of RAM on board, just as we expected. The Geekbench test (pictured below) also confirms that the new iPad's dual-core processor runs at 1GHz, same as the iPad 2. Now that new iPads are starting to make their way into the hands of consumers, it won't be long before we can get a proper teardown to confirm both the increased RAM as well as all that new display technology packed into the iPad. 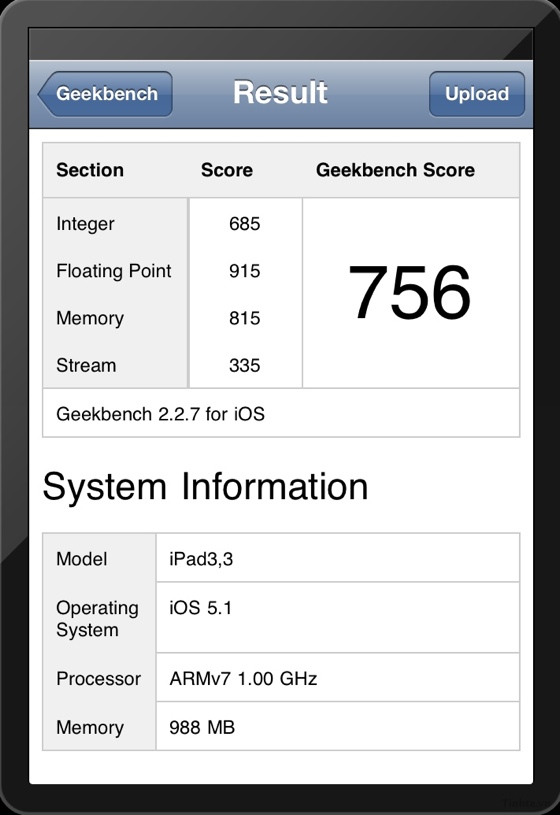