If you're a user of the Sonos Wi-Fi music system, you'll be happy to know that the company is planning to launch completely revamped Mac and PC apps next week.

Sonos users will be happy to know that the company is planning to launch completely revamped Mac and PC apps next week. The biggest new change on board is a universal search box, that lets you look for songs in your personal library as well as on services like Pandora, Mog, Last.fm, and Spotify. There's also a new universal volume control that Sonos refers to as "party mode" — this lets you set the volume in grouped rooms simultaneously.

The overall interface has gotten a significant polish; the new apps appear to have a lot more in common with the iOS and Android apps — specifically the iPad version — rather than the somewhat clunky interface of old. The drag-and-drop interface has also been refined, making it smoother to add songs and reorder your playlists. Last, but not least, there's a nice new mini-player for when you don't want the Sonos interface dominating your screen. It's a minimal widget that just shows album artwork, with controls visible upon mousing over. If you've suffered with the old Sonos app, this update sounds like it'll be one to grab as soon as it launches. 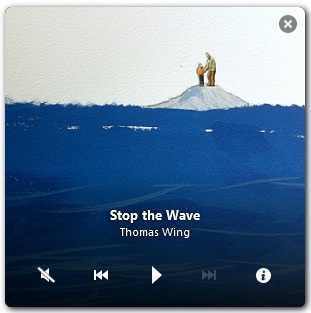