Kainy is a new Android / PC app from developer Jean-Sebastien Royer that streams games from your PC and allows you to play them on an Android smartphone or tablet over a Wi-Fi or mobile network.

Share All sharing options for: Kainy streams games from your PC to your Android device (hands on)

Kainy is a new Android / PC app from developer Jean-Sebastien Royer that streams games from your PC and allows you to play them on an Android smartphone or tablet over a Wi-Fi or mobile network. It's sort of like your own personal OnLive network, which uses your own hardware to play your existing library of games. The program has two components: a desktop PC application, and an Android app that you'll have to purchase for $5.04 in the Google Play market. So is it worth the cost of admission to play stuff like Battlefield 3 and Magic the Gathering on your Android device?

At first glance, the desktop app is a bit jarring — it opens up in what looks like a web browser, with some hyperlinks to different settings and support pages (there's a nice page with some video demos, which is helpful). There's certainly no polish on this app, but that might be okay, since the whole idea of shooting PC games to your Android device feels a little hacked together anyway. The important thing is that it works, and it's relatively painless to set up — all you have to do is install each app, and plug in the network information that's automatically provided on the PC end. The app actually just streams whatever is on your desktop, so you could theoretically use it as a remote desktop alternative, though the video quality isn't good enough for meaningful desktop use.

You have to launch games the same way you would on the PC, but since it's difficult to read text on the screen due to the video quality, it's going to be difficult to browse servers or do pretty much anything else that requires reading. Of course, the bigger question here is the in-game control experience, and that's a mixed bag at the moment. The amount of flexibility and customization Kainy offers is impressive: you can choose from over 100 preset templates for on-screen controls, customize your own control layout, and save multiple control profiles that you can swap in and out on the fly. But the take a lot of getting used to, and some things — like free-look first-person movement in Battlefield 3 — is extremely difficult to calibrate even to a playable degree. 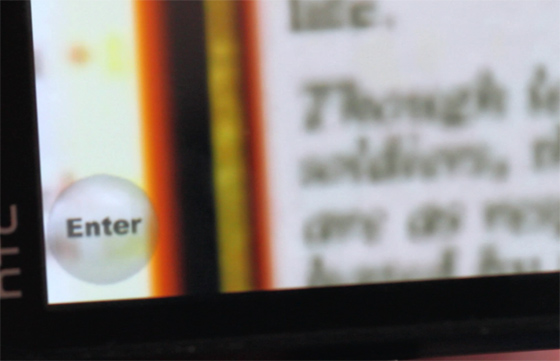 Touch-screen games fared a little better, and might make more sense for something like Kainy. I played Magic the Gathering: Duels of the Planeswalkers 2012, and controls took less than five minutes to set up comfortably. But, as I mentioned, the video quality makes reading text difficult, so something like MTG will be unplayable for those that have to read a lot of card detail.

Kainy is an exciting concept given what we've seen recently, like Skyrim playing on the Eee Pad Transformer Prime at CES earlier this year, but right now it's probably too unwieldy for all but the most curious PC gamers. Still, it's a promising app from a lone indie developer, and hopefully some of the version 1.0 kinks will be worked out soon.