So this is my friends iPod Touch (2nd generation)

As you can see, she has taken fantastic care of it... 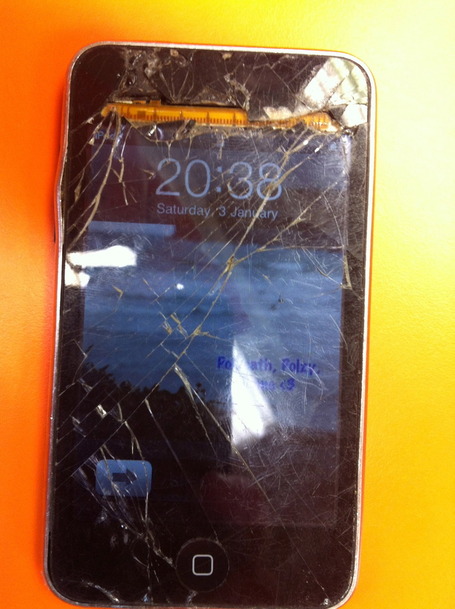 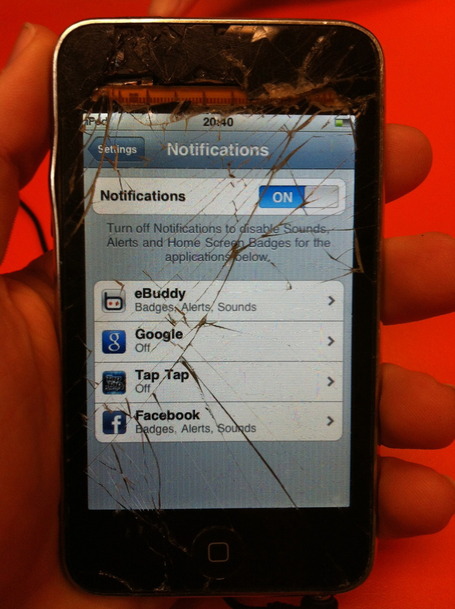 I remember Joshua Topolsky saying on a podcast a while back that he had never seen an iPod in such bad condition, so I want to know, has anyone else got an iPod which is more damaged than this, yet still working?

Some of the things that this iPod has been through:

How do your "precious" gadgets compare? A majority of the damage done to this was accidental.