A Barcelona design company has created an electric concept bike inspired by the Ossa monocoque racer, which won several Grand Prix motorcycle races in the late 1960s and early 1970s.

A Barcelona design company has created an updated electric version of a classic Spanish motorcycle. The Monocasco Concept Bike is inspired by Ossa's monocoque racing bike, which Santiago Herrero rode to victory in four Grand Prix races before his fatal crash in 1970. Unlike most motorcycles, it was designed with an external frame that provided support rather than an internal skeleton surrounded by a chassis, making it less powerful but lighter than the competition. As far as we can tell, this stylish electric model is a preliminary design concept only, and while it's clearly built for the cafe rather than the racetrack, it still looks only slightly more comfortable than the Boxx electric moped. Even so, we'd be delighted to see it on the road. For reference, here's the original Ossa bike. 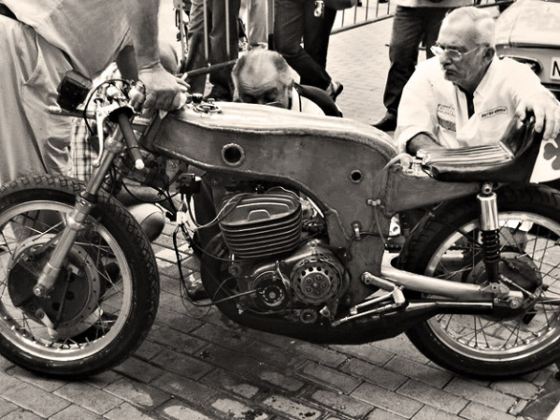