SpaceX has posted a look at the interior of its Dragon spacecraft, set for a test docking with the International Space Station.

SpaceX has posted a look at the interior of its Dragon spacecraft. Dragon was the first commercial spacecraft ever to return from orbit, and if all goes to plan will dock with the International Space Station for the first time on an upcoming test flight. The craft can seat seven people up to 6'5" (195.6cm) in height, with each seat being individually lined for the designated crew member, and it's more spacious than you'd think — SpaceX notes that an entire Russian Soyuz capsule descent module would be able to fit inside. The craft is designed to bring supplies and even astronauts to the ISS once testing is complete. With NASA recently ending the space shuttle program, privately funded ventures like the Dragon will be increasingly essential for the US if it is to have a significant future presence in space alongside heavy Russian competition. 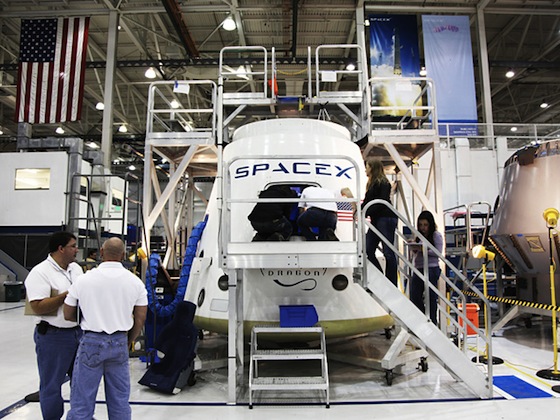 SpaceX and Virgin Galactic: countdown to the era of commercial space flight