US Navy's firefighting robot SAFFiR pictured for the first time

Shipboard Autonomous Firefighting Robot (SAFFiR for short) is a US Navy-commissioned firefighting robot that's designed to find and extinguish fires onboard naval ships while at sea. This is the first time we've seen the robot pictured.

Share All sharing options for: US Navy's firefighting robot SAFFiR pictured for the first time

Navigating the confines of a damaged U.S. Navy ship to extinguish fires while at sea sounds like the ultimate torture test for a humanoid robot, and that metal man above — called SAFFiR — is designed to take on the task. We first heard about SAFFiR when we visited Virginia Tech's RoMeLa laboratory, which is working on the project in conjunction with the University of Pennsylvania with $2.6 million in funding from the U.S. Navy Research Laboratory. Since then we've heard a few more details about the robot, but this is the first time we've actually seen the firefighting 'bot pictured. It looks all-legs to us at this point — arms are going to come into play at a later point to help it climb up ladders — but you can clearly see the aluminum core that's designed to help SAFFiR conquer the heavy load of the firefighting equipment and fire-retardant suit it'll have to carry.

If you're not familiar with SAFFiR, it's planned to be able to wield fire extinguishers and hoses, throw PEAT (propelled extinguishing agent technology) grenades, interact with humans, and find fires — even if the primary route is blocked off. We've heard that it'll have an IR sensor to help it navigate through smoke, and it'll be powered by a battery pack that'll offer 30 minutes of use. One feature that RoMeLa's lead, Dennis Hong, told us was unique to SAFFiR was that it uses springs that emulate human tendons, making the robot flexible and allowing it to lift heavy objects. SAFFiR's biggest test will come in September 2013, when it is ordered to navigate a "realistic firefighting environment" on the USS Shadwell. If the robot is able to pull that fantastic feat off, SAFFiR might find itself as standard equipment on naval vessels someday. 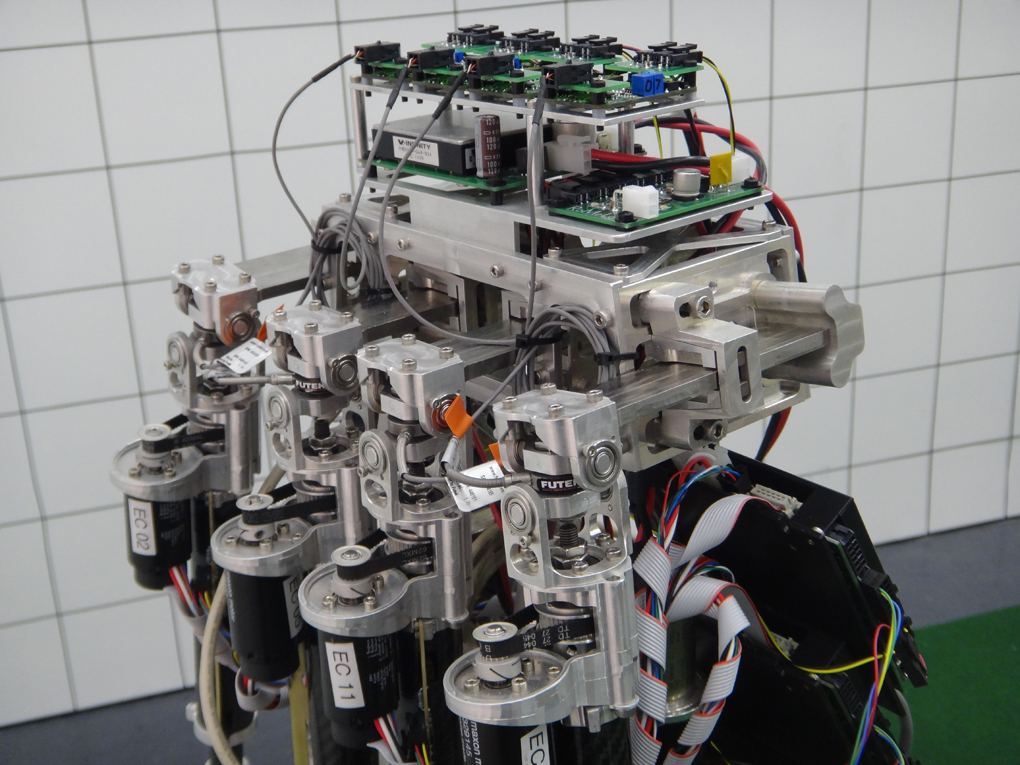