The BBC iPlayer is now finally available on the Xbox 360, and features Kinect support along with a Metro style interface.

The BBC's iPlayer video-on-demand service has gone live for all Xbox 360 users in the UK, years after it came to the PlayStation 3 and Wii. The service's launch brings a protracted negotiation battle to an end, and it appears Microsoft was on the losing side. The company reportedly wanted to keep its policy of only allowing paying Xbox Live Gold members access to content partners' programming, which would have gone against the BBC's public remit — the broadcaster legally can't put shows behind a paywall for people who have already paid their TV license fee. The iPlayer is free on all other mobile devices and games consoles that it's offered on.

Now that the iPlayer is here, though, it appears that the wait brought its own benefits. Specifically, the service can be fully controlled by Kinect with voice recognition and hand gestures, designed to make searching for and selecting programs as easy as possible. The app looks to be in keeping with the Xbox 360's recent Metro revamp, and of course traditionalists can still navigate the menus with a standard controller. 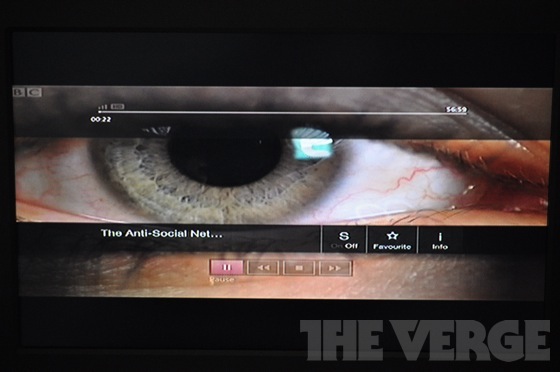