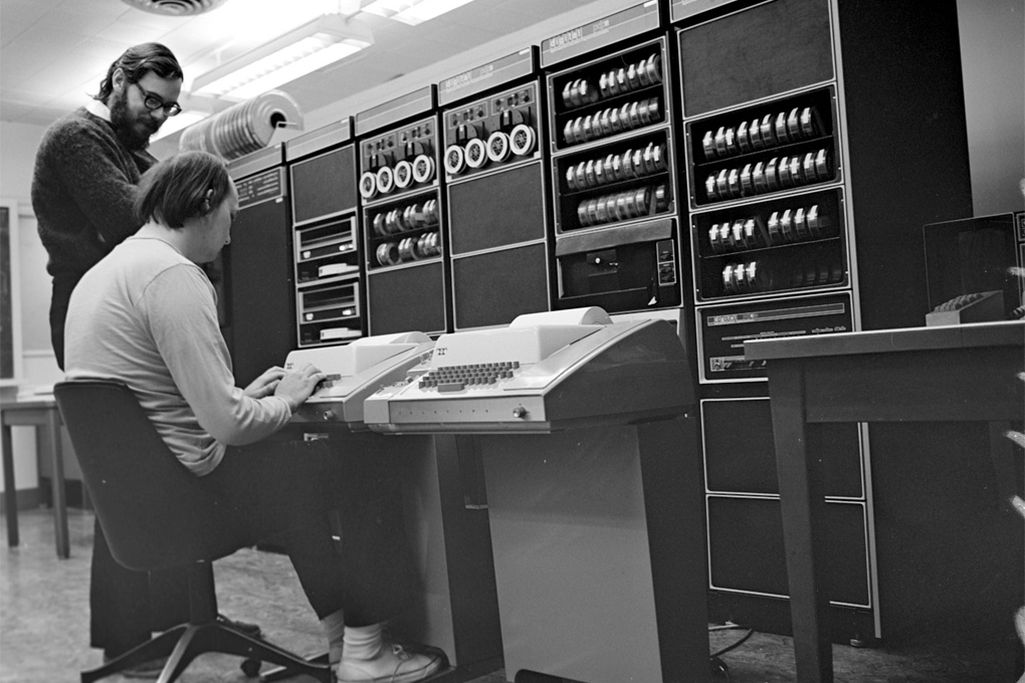 Last fall, in an essay titled "Innovation Starvation," sci-fi novelist Neal Stephenson lamented the decline of the American space program. He recalled the awe and wonder he felt growing up, sitting in front of grainy black-and-white images of the Gemini missions. And he explained the great disappointment he felt at witnessing the final Space Shuttle launch. To him, NASA's move away from manned space exploration represented something larger, what he called "our far broader inability as a society to execute on the big stuff." Raised on mid-twentieth century techno-optimism, he grew up with big expectations for the future: space stations and vacations on Mars. Not only had those dreams failed to materialize, he said, but no one seemed to be dreaming them anymore.

Astrophysicist Neil deGrasse Tyson sounded a similar note recently, saying, "after we went to the moon, it all ended. We stopped dreaming." NASA's current budget, he says, amounts to four-tenths of one penny on a tax dollar. Both he and Stephenson describe a country lacking the will to build the future; instead, it seems content to live off the last century's technological accomplishments, with only incremental advances. The giant leaps of innovation now seem too uncertain, too far beyond immediate reach. "The imperative to develop new technologies and implement them on a heroic scale," Stephenson writes, "no longer seems like the childish preoccupation of a few nerds with slide rules. It’s the only way for the human race to escape from its current predicaments. Too bad we’ve forgotten how to do it." 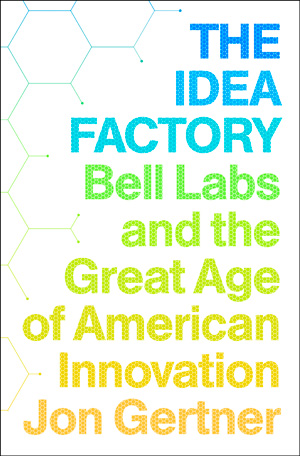 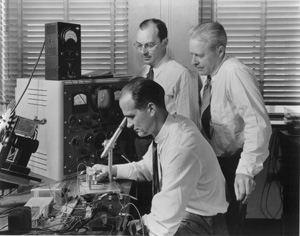 That imperative drove the scientists, engineers, and administrators profiled in Jon Gertner's The Idea Factory: Bell Labs and The Great Age of American Innovation. For more than half the twentieth century, Bell Labs was arguably the most innovative research institution in the country. Its scientists developed and refined radar during World War II. They developed the transistor and the first silicon solar cells. They perfected the laser and made fiber-optic communication feasible; they pioneered satellite communication and cellular telephony. They invented the charge-coupled device (CCD) that forms the basis of digital photography, and they gave the world Unix and the C programming language. And one day, almost incidentally, two of them were among the first to prove the viability of nuclear reactors. Gertner quotes physics historian Michael Riordan, who said of Bell Labs, "This was a company that literally dumped technology on our country. I don't think we'll see an organization with that kind of record ever again." The book could equally well be subtitled The Invention of the Modern World.

The Bell Labs roster reads like a who's-who of Nobel laureates; a common joke was that if a young researcher got stuck on a project, he (for they were almost all men) should go see "the guy who wrote the book." That meant seeing Bill Shockley, the imperious, egotistical semiconductor pioneer, or Claude Shannon, the reserved, abstracted inventor of information theory. ("Eventually, mathematicians would debate not whether Shannon was ahead of his contemporaries," Gertner writes. "They would debate whether he was twenty, or thirty, or fifty years ahead.") Walter Brattain and John Bardeen shared with Schockley credit for inventing the transistor, while John Pierce had spearheaded the launch of the first commercial communications satellite, Telstar 1.

Obviously Bell Labs had a rich vein of talent, but Gertner's history takes care to explain how the organization developed that talent. The central figure in that tale is Mervin Kelly, who envisioned an "institute of creative technology," where, thanks in part to long corridors and a mandatory open-door policy, research scientists would inevitably interact with engineers, physicists with chemists, materials scientists with mathematicians. He fostered an open, cooperative, and interdisciplinary environment. He took the long view, recognizing that the breakthroughs necessary to keep Ma Bell viable would not come from any single individual. He also never presumed to know the shape of the future, giving his researchers plenty of latitude to pursue whatever they believed might prove beneficial. And he had a broad view of what he considered beneficial, often championing pure science even when the immediate payoff wasn't obvious.

Kelly embraced the uncertainty of working on the cutting edge, as did his successors, John Pierce and Bill Baker. They sharply contrast with Stephenson's would-be innovators of today, whom he imagines overwhelmed by their presumed omniscience. With Google at their fingertips, Stephenson argues, they've grown timid. A promising idea might appear; it's promptly fed into the technological oracle, and a judgment comes back, a case history. Of course, there are no substantially new ideas; this one's already been tried. "If it failed," Stephenson writes, "then no manager who wants to keep his or her job will approve spending money trying to revive it. If it succeeded, then it’s patented and entry to the market is presumed to be unattainable, since the first people who thought of it will have 'first-mover advantage' and will have created 'barriers to entry.' The number of seemingly promising ideas that have been crushed in this way must number in the millions." This is diametrically opposed to the Bell Labs way: rather than build the future, it only excavates and reiterates the past.

The question winds through The Idea Factory: what is innovation? What does it look like? How does it happen, and how can we make it happen more often? Today it's become a vacuous buzzword – stumbling companies just need to "remember how to innovate," as though they'd simply misplaced the instructions for the innovation machine – but the men who ran Bell Labs genuinely believed they had a valuable formula for innovation. Kelly explained it to anyone who asked: failure was necessary. The odds of creating a new and popular technology were always stacked against the innovator; only where the environment allowed failure could truly groundbreaking ideas be pursued.

John Pierce tried to define more concrete precepts, and established four. First, management had to be technically competent; at Bell Labs, all managers were former researchers. Second, no researchers should have to raise funds. They should be free of that pressure. Third, research should and would be supported for years – if you want your company to last, take the long view. And finally, a project could be terminated without damning the researcher. There should be no fear of failure.

It's hard to imagine many places today where such guidelines might be set in stone, though Gertner notes that Google's "twenty-percent time" had an analog at Bell Labs, where researchers often pursued their own informal projects. And The Idea Factory acknowledges that the institution's remarkable streak of innovation may be as much a historical anomaly as the product of any transferable formula. Bell Labs, after all, was a subsidiary of AT&T, a regulated monopoly which was also for many years the nation's largest employer. It was a deep-pocketed patron with no competitive pressure; the long-term view that looked like a survival strategy could also be a kind of arrogance. If AT&T simply assumed it would be around for the next several decades, why not spend some of its ample income tinkering with possible futures? 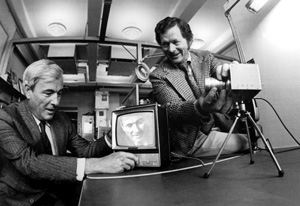 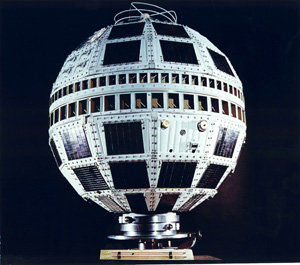 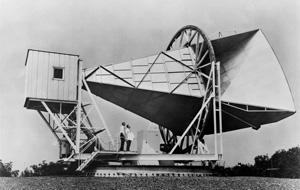 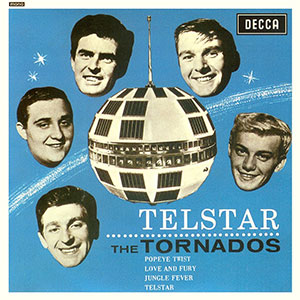 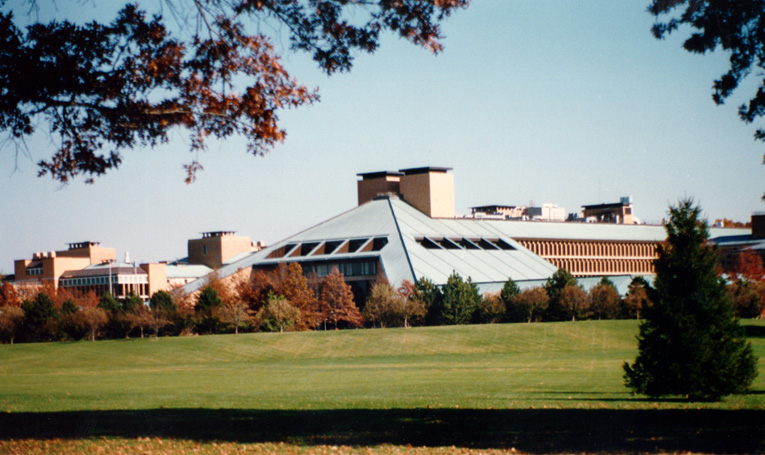 In that view, the golden era of Bell Labs ended in 1984, when Ma Bell's monopoly was broken. The company had never before faced market competition, and the subsequent drop in revenue bled its research budget. The sun began to set on Bell Labs then, and despite a false dawn amid the giddy dotcom goldrush, it never reclaimed its former glory. Or perhaps Bell Labs had inadvertently written its future long before that. As part of its bargaining with the US government, AT&T licensed many of its patented innovations virtually for free. The revolutionary science that emerged from Bell Labs quite literally changed the world, and in doing so made the company just one among many competitors using similar technology. It created foundations on which others built.

Whatever the case, a return to the Bell Labs formula seems unlikely. Gertner's final chapter contrasts the long-gestating, pure-science experimentation of Bell Labs with today's dominant Silicon Valley entrepreneurialism. A pair of contrasting quotes should suffice to make the point. Claude Shannon once said of his intellectual motivations: "I am very seldom interested in application. I am more interested in the elegance of the problem. Is it a good problem, an interesting problem?" More recently, a venture capitalist at Kleiner Perkins explained his: "We don't fund science experiments." In short, the world has changed.

It's sometimes hard to imagine that earlier world, the one remembered by Stephenson and deGrasse Tyson, where scientists and engineers were society's idols, where a British band called The Tornados would write a tribute song to the first commercial communications satellite — and watch it go to the top of the British and US charts. Near the end of The Idea Factory, Bell Labs manager Bob Lucky says, "Frankly, if you ask people on the street who invented the transistor, they don't have the foggiest idea." He's right, and it can be hard to imagine a time when inventors like Walter Brattain, John Bardeen, and Bill Shockley – whose work genuinely changed the world, rather than providing a new and appealing distraction – were looked upon as heroes. But that doesn't mean they weren't, and it doesn't mean they can't be again.