Sony is continuing on its Android 4.0 update crusade, pinning down Spring updates for the Tablet P and Tablet S, specifically the end of April. Sony has also announced a Wi-Fi-only version of its dual-screened Tablet P

Sony is continuing on its Android 4.0 update crusade, pinning down Spring updates for the Tablet P and Tablet S, specifically the end of April. Aside from updating the user interface to bring it in line with Android 4.0 smartphones, Sony will bundle in additional photo functionality like the ability to activate the tablets' cameras directly from their lock screens, edit photos in the gallery application, and take panoramic photographs — a trademark feature of Sony's NEX and Alpha series digital cameras. The update also allows Sony Tablet users to watch programs they've recorded on their compatible Sony Blu-Ray recorders with a downloadable app.

Another interesting feature is the addition of "Small Apps." With them, users will be able to fire up a small calculator, remote control, or browser window on top of the currently running app. Although this sounds like it will only be available for apps that support the feature, Sony's press release shows it being used with YouTube, Google Maps, and the web browser.

Sony has also announced a Wi-Fi-only version of its dual-screened Tablet P, going on sale on April 21st for ¥50,000 (about $600). Aside from being cheaper and lacking a 3G radio, this is the same as the Tablet P we saw in October. Also, for Tablet P users looking to add a splash of personalization to their devices, Sony will be offering its interchangeable front and back panels in gold, pink, and blue for ¥5,000 (about $60) starting April 21st. 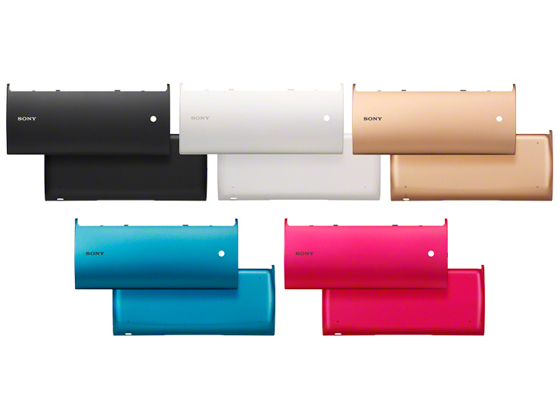