Facebook today announced updates to its photo viewer so users now view photos in high resolution by default. Facebook also announced a new full screen photo gallery mode that can be activated by clicking arrows in the top right corner of any photo.

Today, Facebook is announcing a few big updates to its photo viewer: it will now display photos in high resolution by default, and will allow you to enter a full screen gallery mode by clicking arrows in the top right corner of a photo. On a big display, the company claims, photos will display up to four times larger than before (assuming they were taken using a half-decent camera). The maximum resolution the photo viewer can handle is 2048 x 2048, we're told.

While the social networking site has allowed high definition photo uploads since late 2010, only now will the site default to displaying the biggest image at hand. With these new features Facebook is placing an even bigger bet on high quality photo content going forward, which will have a huge impact on its server farms; six billion high definition photo uploads per month will take up a lot of space (and bandwidth, for that matter). Today's upgrades build on the handsome photo viewer Facebook launched in early February, and should roll out today to all Facebook users. 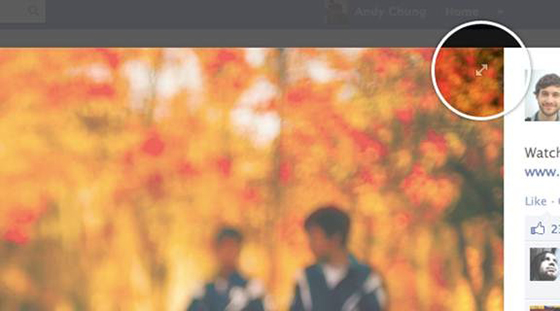