If the thought of being asked by a prospective employer for your Facebook and Twitter login credentials makes you uneasy, you're not alone. Senator Richard Blumenthal has announced that he's working on a new bill that would prohibit the requests, pointing to the ban on workplace polygraphs as justification for outlawing the practice. The bill would also be structured to take the needs of existing employees into account, although Blumenthal says he's still examining the details.

Speaking to Politico, the senator described the requests as an "unreasonable invasion of privacy for people seeking work," adding that the bill would be ready "in the very near future." The senator is aiming to go beyond proposed legislation in Maryland and Illinois, claiming the practices under scrutiny "go beyond the borders of individual states and call for a national solution." It's worth noting that it's against Facebook's terms of service to give your password to someone else, and while the Department of Justice apparently believes violating these terms is a federal crime, it has said to Congress that it won't prosecute violations 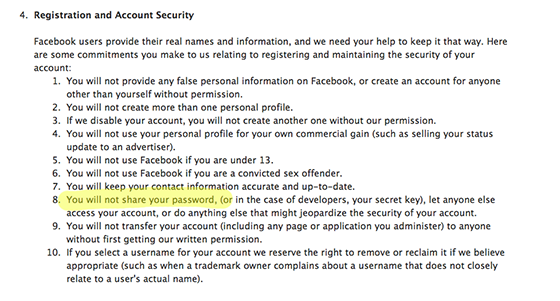 It's not surprising that the ACLU is also opposed to the idea of employers requesting job hunters' logins. In response to the Associated Press report on the story earlier this week, ACLU attorney Catherine Crump opined that "you’d be appalled if your employer insisted on opening up your postal mail to see if there was anything of interest inside. It’s equally out of bounds for an employer to go on a fishing expedition through a person’s private social media account." In any case, while there are still quite a few hurdles to get past before we see something like this turn into law, it would be great to have some legal framework in place to protect job hunters from these kinds of requests.