Asetek has demonstrated a prototype liquid cooling system for laptops in an Alienware M18x.

Asetek has shown off a prototype of a liquid cooling system for laptops, demonstrated in an overclocked Alienware M18x. It wouldn't be the first liquid-cooled laptop, with companies like Hitachi releasing models as far back as 2002, but recent years have seen the technology take a back seat in portable devices with the advent of low power, high performance mobile chips. Asetek's system involves connecting the CPU and GPU cooling devices together (at least one of which is normally idle) with a cold plate to allow for much greater cooling capacity. There may not be a great deal of benefit for the average user, so we're not sure if this will ever make it to market — nevertheless, the cooling system could give dedicated overclockers a fairly significant performance boost in games and other intensive applications. 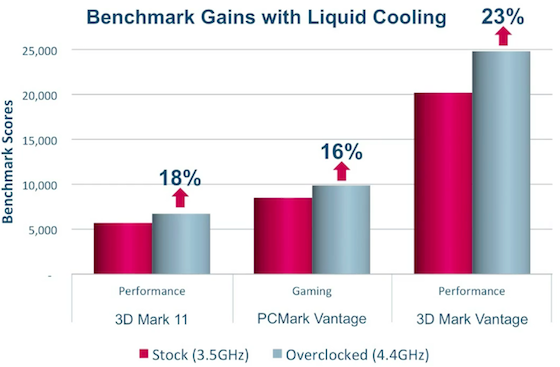