As is customary with each new version of OS X, Apple created several eye-popping new wallpapers for OS X Mountain Lion — the most stunning of which is a galaxy known as NGC 3190. The galaxy wasn't immediately recognizable even to astronomy nerds because the image was re-colored, airbrushed, and Photoshopped to the company's meticulous standards — which means some background galaxies were removed and some stars were added to aid in the image's overall composition. This isn't the first time Apple has practiced doctoring wallpaper photos. For OS X Lion, Apple used an altered image of the Andromeda galaxy minus a galaxy Apple thought tarnished the image.

See below for a comparison of the original (via NASA) and Apple's image: 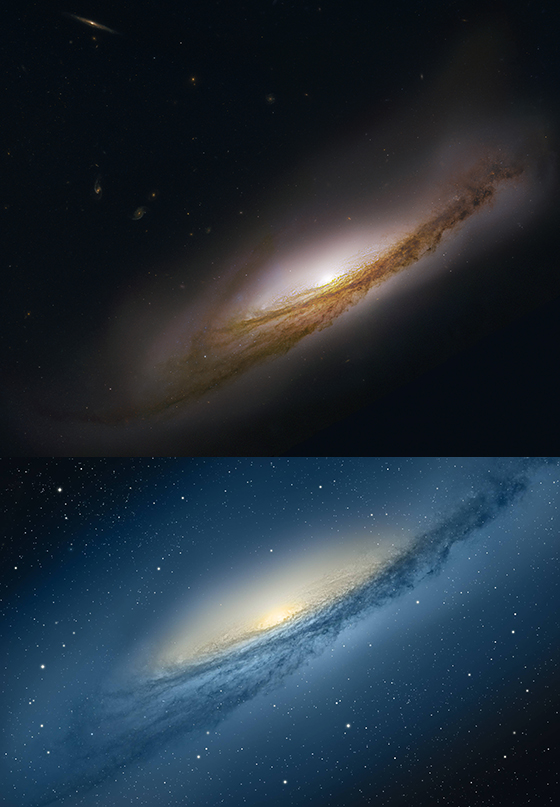