Google has announced that its popular Maps tool will soon be available in 8-bit form for the NES.

Share All sharing options for: Google Maps coming soon to the NES

Google has been working hard on Maps lately, but some have questioned its decision to forgo developing for the extremely popular NES platform. Now, the company is looking to catch up with a custom cartridge that allows NES users to enjoy all the benefits of Maps in 8-bit form. After inserting the cartridge and connecting to the internet, users can search for destinations or get directions just as they would in the web version. They'll even see some exclusive features, like using the microphone to search. And it's not just the map that's been adapted for 8-bit; Street View has been given a similar makeover: 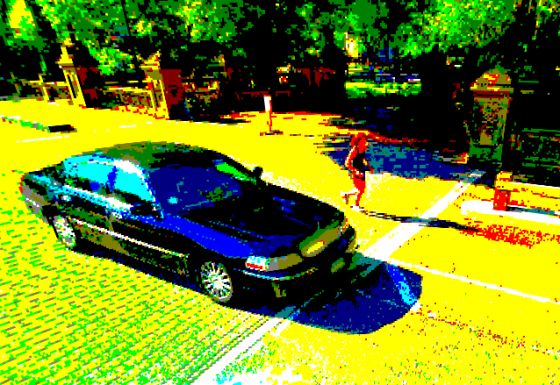 Google Maps for NES clearly draws some inspiration from this similar effort, and will soon be available for sale in Google's store. It also shows clear signs of collaboration with Square Enix, particularly with its use of sprites and music from the Dragon Quest series. For now, a trial version is available on the ordinary Google Maps page; just click "Quest" on the upper right-hand corner or follow the prompts to the left of the map. Google has a history of rolling out revolutionary new features on April 1st and the surrounding days, so we'd keep an eye on its other tools as well.