Microsoft is currently testing a Technical Preview version of Office 15, its next-generation office productivity suite. A small number of third-party partners, OEMs, and businesses have access to the code, but Microsoft is staying mum on the exact features of its next release. We previously took a closer look at Office 15 with detailed screenshots of its new Metro inspired interface, showing off the clean and simple look for the future of Office. Today we are able to share details on a number of new and improved features in each of the core applications for Office 15, thanks to several people with access to the early Technical Preview code. From Touch and Reading Mode to a Weather Bar feature in Outlook 15, we have exclusive details on Microsoft's plans — read on to find out more.

Microsoft is focusing on the reading and writing experience in its word processor application. Word 15 includes a new Read Mode that removes distractions from the user interface, providing easy reading with text that reflows automatically into columns to fit the screen. This new Read Mode also works well with a Resume Reading function that automatically bookmarks the last position in a document. Aside from the reading experience, Microsoft is also including two new additional features to Word — Object Zoom and Expand and Collapse. Object Zoom lets Word 15 users zoom in on pictures and objects by simply double clicking on them, filling the screen with tables, charts, and images. Expand and Collapse is a rather basic feature that gives you a one-click option to hide or reveal paragraphs under their headings. Improved features in the Word 15 reading experience also include some enhancements to the Navigation Pane, smoother scrolling throughout documents, and updates to the Dictionary and Translation feature in Word.

Collaboration improvements in Word 15 center on new Track Changes features. A new Reply Comments feature helps users track comments right next to the relevant text. Word 15 users can see who replied and when inline in documents, and a password-protect feature for Track Changes has also been included to ensure the feature stays active. Present Online is also built into Office 15, similar to the PowerPoint 2010 broadcast feature, and lets Word 15 users share a document with others through their browser.

The Touch Mode feature for Word 15 lets users move through documents with their fingers or hands, enlarging the ribbon along the way. Microsoft has also added a PDF reflow feature to Word 15 that lets users open PDF documents, reflowing PDF content as document elements as if they were created in Word. Online videos can also be added to Word 15 documents, allowing readers to watch them within Word. Microsoft's Office Start Experience is improved with Word 15, including a new design tab for access to document design features and an insert online pictures function to add pictures from Facebook, Flickr and other services. 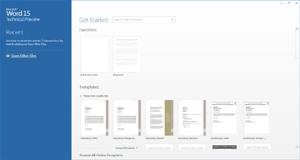 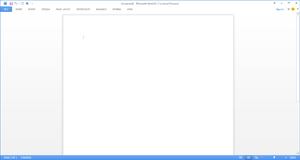 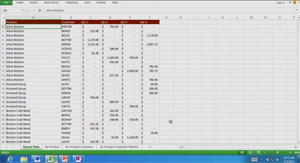 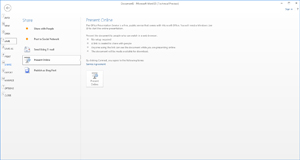 Microsoft is aiming to make Excel 15 easier for folks who need to visualize large data sets that they are working with. A new Quick Analysis Lens feature lets Excel 15 users quickly access ways to visually represent data, and Recommended Charts and PivotTables helps surface the best way to visualize certain information based on data patterns. Flash Fill, a new feature to Excel 15, will also simplify the reformatting and rearrangement of data in an Excel spreadsheet. Excel 15's Touch Mode feature is designed to let users browse through charts, graphs, and tables on tablet devices with their fingers and hands.

Excel 15 will also introduce some new chart formatting controls that use a fully interactive interface to fine tune charts quickly. Chart animations will also let chart users see and understand every different change in their charts as new data points are added or existing numbers adjusted along the way. Microsoft is also building in a new Start Experience for Excel 15 that provides access to a collection of professional designed templates, including ones for budgets, calendars, forms, and reports. 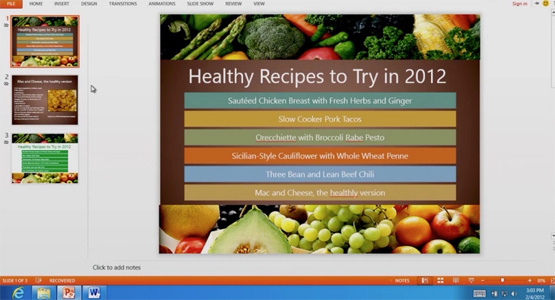 Although Microsoft is enhancing the functionality of its Mail offerings for Windows 8, the company is also improving Outlook 15 in a number of different ways. A new Peeks feature lets users see their schedule, view details about people they're emailing, and review tasks all within the same screen. A new Weather Bar feature will also let users check the weather before accepting meeting invites or planning new meetings. Inline replies has also been added to Outlook 15, letting users reply to an email in one-click. Microsoft has also made some improvements to its multiple email account support in Outlook 15, allowing users to view, create, and respond to all email accounts in one place, including Hotmail and other third-party web mail providers.

Animations in Outlook 15 have been improved to quickly transition between email, calendar and tasks, and navigation takes up less space in the new Metro inspired interface. New Context Commands also provide simple, visible, one-click commands to keep power users on top of their email flow.

Microsoft is preparing a Metro style version of OneNote for Windows 8 users, but the company is also bringing some new features to the desktop version of OneNote. Auto-updating file views let OneNote 15 users see content previews from embedded Excel and Visio files, including any updates made. Tables support in OneNote has been improved, allowing users to sort, add headers, and convert a OneNote table into an attached spreadsheet. The Touch Mode feature of OneNote 15 lets tablet users take advantage of their fingers and hands to move through pages and notes without a keyboard. OneNote 15 also includes the new Resume Reading feature found in Word and PowerPoint 15, automatically saving the last position in a notebook so OneNote users can pick up right where they left off, even on a different PC or tablet. 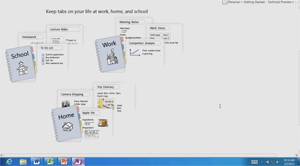 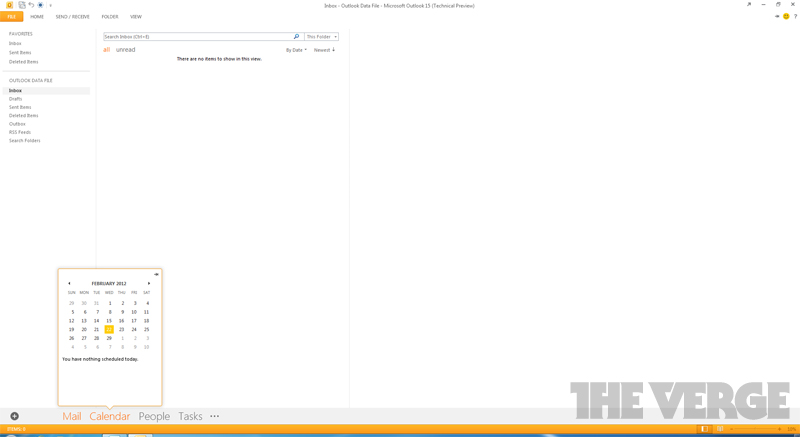 Overall there's clearly a number of improvements and new features in Office 15, and Microsoft is only at the beginning of testing some of these externally. Microsoft isn't discussing any of its planned features for Office 15 just yet, but the features we have detailed today are part of its key testing phase for the initial Technical Preview. We expect to see some more improvements in the Touch Mode interface for Office 15 and perhaps some additional features in each client application once a public beta is made available this summer.