We've just had our first in-person experience with Apple's latest and greatest slate... and it feels good. It goes without saying that the screen on the device is absolutely stunning — while we haven't had a chance to look through every possible app on the new iPad, the retooled stock applications and icons really do pop on the Retina Display. Just as when we first saw the iPhone 4 display, the New iPad's 2048 x 1536 screen is stunning to behold. Simply put, there's no other product like it on the market.

When looking at webpages or books, text just jumps off the screen. It's almost a bit surreal how clear it is. Games look great, though most titles haven't been tweaked for the new resolution. What's most impressive is that the hardware driving the display doesn't hesitate at all. We didn't see any lag or weirdness when zipping around in apps. 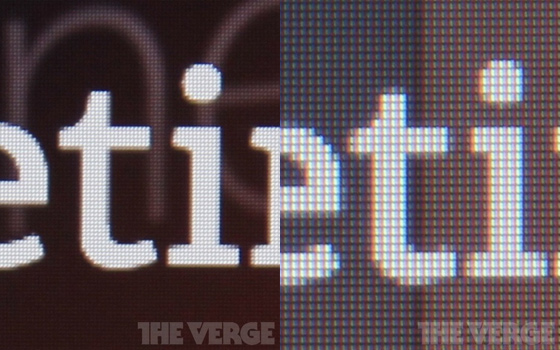 Performance seemed snappy (though we had few complaints about performance on its predecessor). It's probably going to take some time (and serious gaming) to see what the new A5X is capable of. It's worth noting that while Apple touted a quad-core GPU, the CPU of the SoC is still dual-core. Still, iPhoto and other new apps were incredible zippy, even at that super high resolution, and the new Infinity Blade Dungeons title that Epic Games showed off on stage looked nearly console-quality. 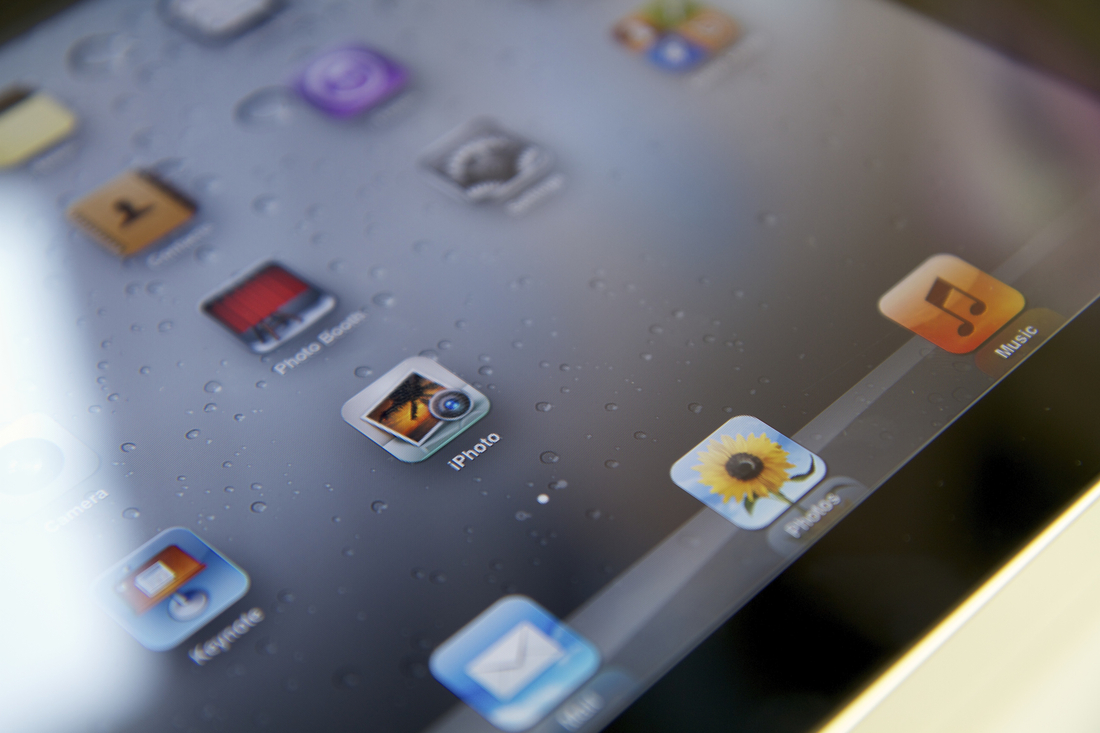 Playing with iPhoto and the new update for GarageBand was somewhat interesting. It feels like Apple is bringing more of its high-end features to the iPad. When we spoke to Phil Schiller at the event, he wouldn't say whether or not pro apps like Aperture would make their way to the platform, but he did have a slight grin that made us think the company was at least exploring the options. He also told us that old accessories like iPad 2 docks and Smart Covers would be compatible with the new devices — which is nice if you're upgrading.

Physically, the device feels nearly the same in hand as the previous model. Though it does have a slight bump in thickness, the difference is nearly unnoticeable. Since the design hasn't dramatically changed, there's not much to note in the casing department, and though there are improved cameras present, the general seating and size of the sensors seems unchanged.

We didn't have a huge opportunity to test with LTE, but as expected, when we tested with the new iPad, we saw big download speeds, some in the 14 Mbps or 15 Mbps range. Pretty good compared with what we're used to on an iPad 2 with 3G.

Believe it or not, the new 5 megapixel camera on the back of the device seemed reasonably capable of taking decent photos. It's still pretty hard to imagine using this as a real camera due to its awkward size, but it's clear that Apple put some of its know-how from the iPhone 4S's shooter into the new iPad sensor.

In all, it's a strong showing from the current (and frankly undisputed) market leader in tablets. Did Apple just make the best tablet even better? Yeah, it does kind of look that way.

More from this stream The new iPad: specs, release date, video, and more